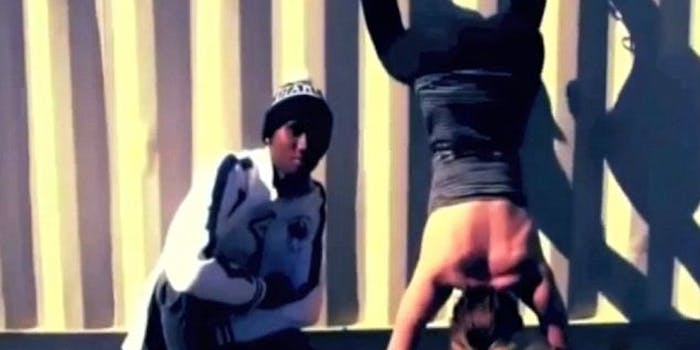 The Scripps Ranch High School students suspended for a twerking video reached an agreement with the school after parents threatened a lawsuit.

The high school kids in San Diego suspended in May for a viral twerking video have had their records wiped clean after their parents threatened to sue the school board.

The 31 students participated in a “Twerk Team” YouTube video shot and edited on the campus of Scripps Ranch High School. Officials claimed it violated the school’s sexual harassment policy. The school’s agreement to expunge the record means the suspensions won’t show up on the kids’ college applications.

To get in on the latest video craze, which Miley Cyrus dubbed “#twerkteam,” one 17-year-old Scripps Ranch student suggested the members of a journalism class make a twerk video. All the classmates, reportedly, willingly participated, but the problem stemmed from the video having been shot and edited on school grounds.

As seen above, the video featured mostly white girls doing the twerking, with students posing beside them. The students affected by the suspension were punished in May after the video went viral. Parents of the students countered by threatening to sue the school board.

Pretty sure these kids have twerked their lesson.