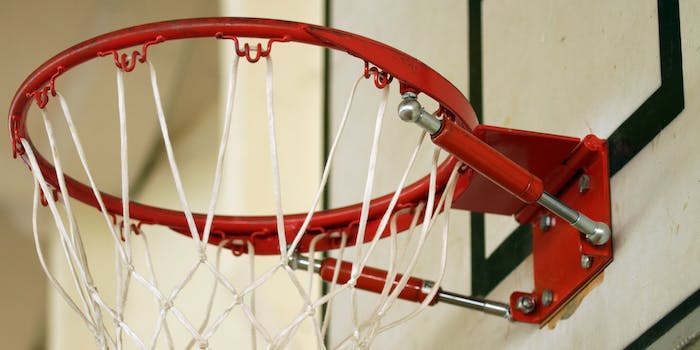 It’s there, and then it’s gone!

With the college basketball season over, we now look to high schoolers to provide us with insane feats of talent. Luckily, a player recently managed to pull off an alley-oop even those in the NBA might have trouble replicating.

He makes it look easy, too. What looks like a misstep turns into the greatest shot he’s likely even made, at least in that game.

It’s the sort of move that, if anyone else had attempted it, it would’ve landed someone in the nurse’s office. But the only injury here might be a bruised ego—from the poor player who watched the ball fly completely over his head.