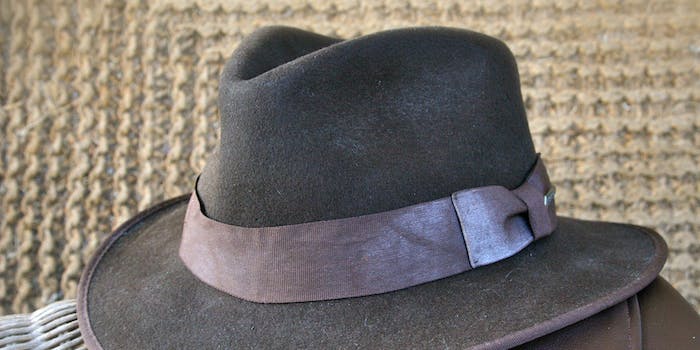 You should still probably avoid the comments.

YouTube comment threads were never a place for intelligent discussion, but in 2014, “Le Reddit Armie” made them even worse. These Reddit meta-trolls hop onto anything that has the r/videos subreddit’s seal of approval—often an indication of impending virality across the Web—to satirize themselves, attack others, and upvote (or “upboat”) one another’s spam.

Now, thank the Internet gods, there’s an open-source browser extension—for Google Chrome, Firefox, and Opera—that silences these dorks. Aptly named “Hide Fedora,” it removes blacklisted Reddit Armie commenters, allows you to report other trolling profiles, and invites you to specify red-flag words or phrases like “gentlesir,” “m’lady,” and “/r/atheism.” (Naturally, someone has suggested an “OnlyFedora” version.)

Check out the difference on this video of a man playing the guitar for his mother, who suffers from Alzheimer’s disease: 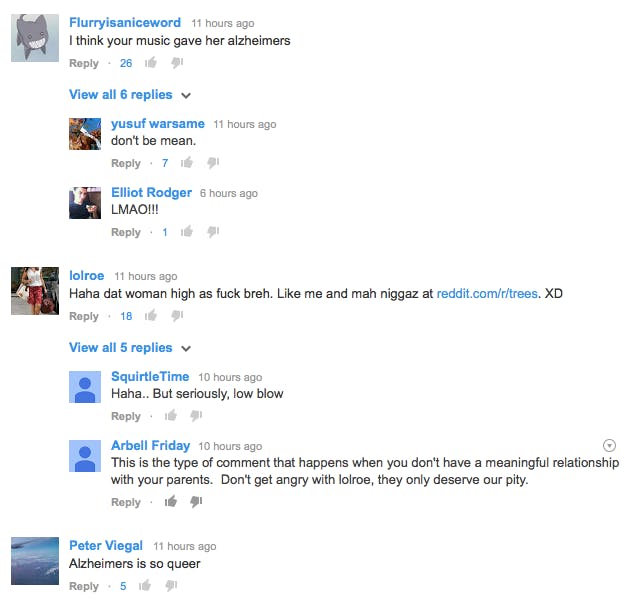 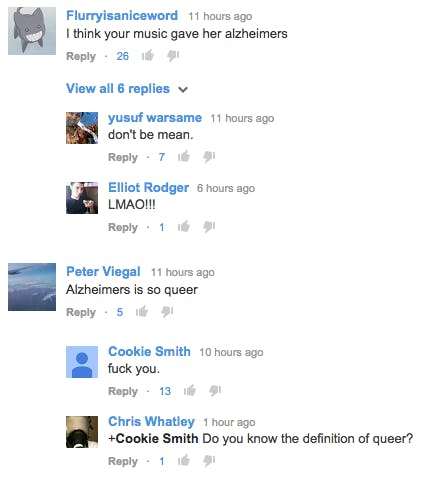 OK, so maybe we’d be better off deleting YouTube altogether. But we’ve got to start somewhere, right?