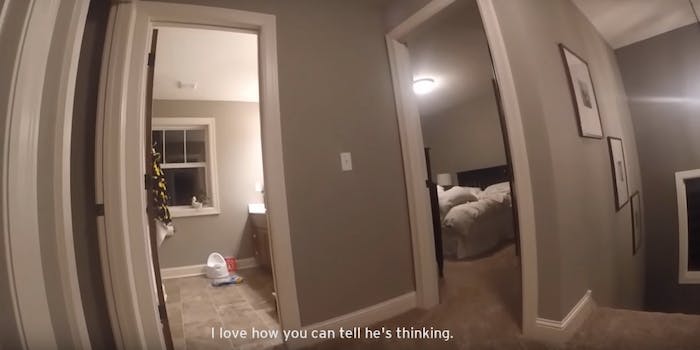 Remember what it was like to be a child?

One of my favorite games as a child was hide-and-seek. Now, that beloved activity has been given a high-tech upgrade.

YouTube user Dan Iverson strapped a GoPro to his toddler’s head during a riveting session, with the kid searching through the house for his hiding parents. The video gives us a sense of what went through the tiny seeker’s head as he chose rooms to investigate.

Ultimately, he got a little help. But we can’t hold that against him, because his little laugh when he finally wins is just too darn adorable.

Now, if we could only strap a GoPro to the dog, too…