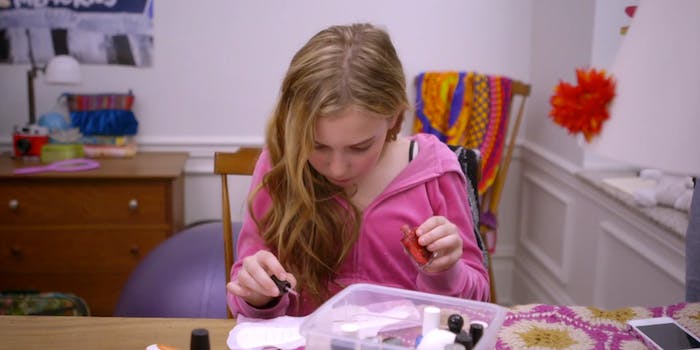 This tampon commercial perfectly captures the awkwardness of puberty

All the memories of having your first period without reliving the actual awkwardness involved.

First periods are usually an awkward affair, but at least it didn’t go like this.

In a hilarious two-minute commercial, Hello Flo—the company behind last summer’s “Camp Gyno” ad—introduces us to one girl who somehow suffers from menstruation-envy to the point where she’ll fake getting it by painting some sparkly red nail polish onto a pad.

It’s yet another refreshing change to the tampon commercials we constantly see on TV, and also shows a perfect encompassment of adolescence, including total embarrassment from parents. Plus, it introduces a period starter-pack, something that should’ve been made to buy years ago.

Your first period might’ve been bad, but at least it (hopefully) wasn’t celebrated with a “First Moon Party” as either a celebration or punishment for faking it.