Talk about a sticky situation. 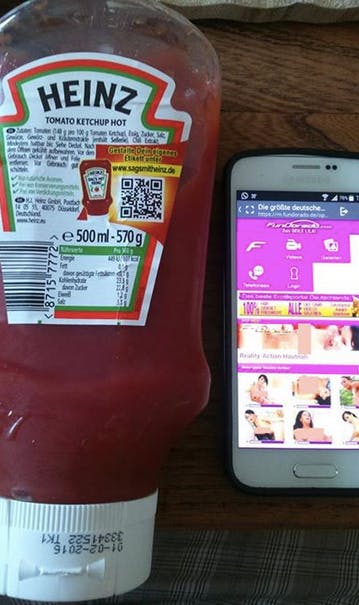 “Your ketchup is probably not for minors,” Korell noted on Heinz’s Facebook page, where he posted the photo above, adding a winking emoji. “Tested several phones with QR code readers. Oh, for direct input of the URL you get the same result.”

It turned out that Heinz had let the domain name tied to its QR code expire after the related contest ended. Fundorado then acquired it and did its thing.

“The bottle may be a remnant,” Korell replied, “but it exists even in many households. For me it is incomprehensible that one didn’t ensure the domain for at least one or two years. A .de domain name really doesn’t cost the Earth. A small note on the past action and the thing is done. It is just plain embarrassing.”

Heinz then somewhat passive-aggressively replied that it would “gladly take up” Korell’s “suggestions for the implementation of future campaigns” and said it would specially manufacture a ketchup bottle with any label design he might care to submit, free of charge.

Mr. Korell, if you’re reading this: your label should probably be pornographic, or at least bear a funny warning like “DO NOT USE AS LUBE.” 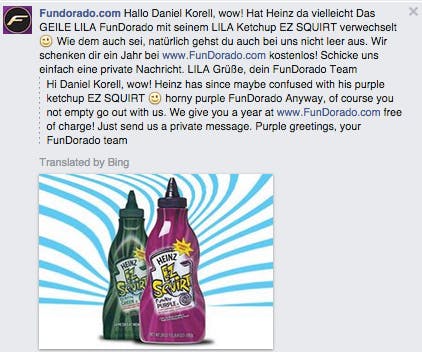