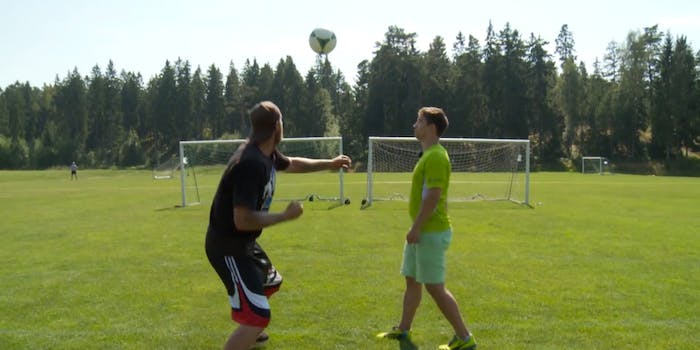 Finnish goalkeeper Lassi Hurskainen might want to take some notes.

The Finnish goalkeeper recently hung out with world heavyweight boxer Robert Helenius. As someone else who knows a thing or two about punching things, Hurskainen showed him how punching a soccer ball on the field works. It’s a move essential for the goalkeeper in order to keep the opposing team from scoring.

At 238 pounds of muscle, the boxer thought he could improve on that punch. And while it may not have landed within the boundaries of any soccer field, it might just be one for the record books.