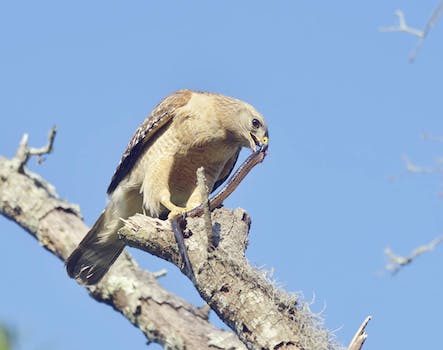 Everyone loves picnics. It’s like eating al fresca but with no pretense and way better music. Know what everyone doesn’t like? Being excluded from shit.

This hawk wasn’t having it when a family in Melbourne decided to throw a cookout without him. He was hurt. He was upset. He threw a goddamn snake at them.

Perhaps he was just late the party and trying to bring his contribution to the grill, albeit a little overzealously. The whole situation was a total party foul, though. Someone ran away screaming, and now the snake lost his (live) lunch.

Update 7:50pm, Sept. 1: OK, OK, this video was a fake, as Gizmodo rightly pointed out. But even worse, it was viral marketing for an Australian sports team. We’re not even going to say which one, because honestly, they don’t deserve your attention after this.

Also, it’s still not cool to not invite a hawk to your picnic.

SEE ALSO: This art exhibit is for dogs only