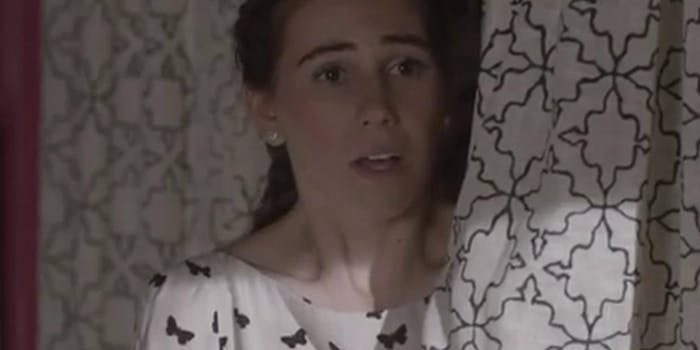 Jordan is half-jewish. And he kinda likes it.

This week, I’ve been online for a total of one-and-a-half days (I took off Monday because I wanted to live vicariously through @NormalTweetGuy’s pool party live tweets) and it’s pretty terrible out there. Especially for Jews.

On Tuesday, Business Insider’s redheaded turkey baster/editor Henry Blodget asked why we hate Jews. I wasn’t aware that I did, but maybe I do?

Let’s sashay our way through this. I am only half Jewish (I feel that the classic joke of “more ish than Jew” works well here). I mean, obviously it’s the Jewish half that spews this self-hatey jeremiad each week, our food is terrible, and creeping on my fellow Jews’ Birthright albums is insufferable—cool red string bracelet that you paid a shekel for, Brooke. But that isn’t enough to make me hate half of my people.

However, watching everyone on the Internet freak out and brainstorm snarky jokes about Blodget’s click-baiting brain teaser made up for it. The best moment in the saga was when Blodget switched out a picture of two orthodox Jews with a picture of the star of the Jewish coming-of-age movie No Strings Attached, actress Natalie Portman. I think we’re all clear on why we hate her, though.

Also, did we ever figure out why we hate Jews? Is it Adam Sandler’s fault for some reason? (My best guess.)

Blodget promised to read some book that was recommended in the comments and come back to us with “scholarly answers,” which we’re still waiting on.

So, while we wait and STILL try to clear our consciousness from those awful cannibal pictures, let’s look at four things we Jews are good at online—that is, when we’re not running scared away from the web.

1. We want to pin on @Shoshannasboard

Shoshanna, from the defining show of someone’s generation, GIRLS, is the greatest Jewish American Princess to grace HBO’s airwaves—ever. Charlotte Goldenblatt was a fake. Buttoned-up girly girl Shoshanna is one part BB, one part JAP, and 100 percent the funniest part of the show. Now, the inspiration board that she gloats about on the show has a mock Twitter account where she mock pins stuff like ironic scrunchies, greek yogurt, and cutoffs (but don’t tell her dad.)

I’m not totally sure that we need another place online for Jews to talk about Jews. jDate is catty enough. But r/Judaism is something that exists. Nearly 2,500 people, or members of the tribe, subscribe and debate important things, like whether we can go to space. Well, we can’t. It’s apparently not kosher for a strict Jew to be in space (you try lighting candles on every Friday night when it’s always dark out there). Also, Jewish memes are my new favorite thing: one about a nagging Jewish mothers earned 57 upvotes and gave someone out there with low self-esteem some validation.

We knew middle-aged Jews telling jokes was funny when it didn’t involve Adam Sandler, but old people can also land a punchline. Although the slick web series has recently transformed into an off Broadway play, it’s also back for a second round of jokes online. Our favorite is a joke from old Jew Stan Hobish sharing a story that involves a several things I also enjoy. But I’ll only write one: Jack Daniels.

Overbearing Jewish mothers plus an unlimited texting package equals my favorite day of the week: #TextsFromMomTuesday. Not even Blodget could ruin this week’s edition. It’s carefully curated by the mysterious @JewBoyProblems. He recently shared with me what it takes to get a retweet. We’re excited for his identity to be unveiled years from now, when he’s reading tweets from his gold-encased iPhone on “Old People Telling Jokes,” but the Twitter feed will have to do for now.

See, Jews, things aren’t looking all that bad for you and me! We’re kind of funny and good at the Internet. But seriously, we should figure out what to do with Adam Sandler. Maybe Blodget just hates him?