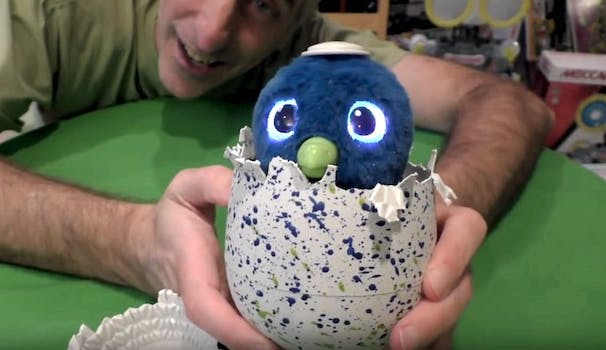 It's Tickle-Me Elmo all over again.

Parents’ fevered quests to get their kids the hot, sold-out Christmas toy of the year are part of the fabric of American culture.

We used to make major motion pictures about it, and now we watch YouTube videos of adults fighting each other over playthings. This year’s fight-worthy toy is something called a Hatchimal, and it’s already too late for you to get one.

If you’re still having nightmares about the Tickle-Me Elmo disaster of ’96, you may want to stop reading now.

So: What the hell are Hatchimals? They’re interactive eggs that hatch into cute animals if kids play with them long enough—there are hybrids of owls, penguins, dragons, turtles, and bears. They retail for $60 bucks each. And there are absolutely not enough of them to keep up with demand.

By the time the New York Times covered the Hatchimal crisis this week, the quest was hopeless. Several Hatchimal tracking websites—Now In Stock, Hatchimals Locator, etc.—have sprung up, but they list every major retailer as sold out.

Your only option to score an Owlicorn or a Draggle at this point may be to sell your soul to the price gougers on eBay, where the toys are going for  more than twice their MSRP: 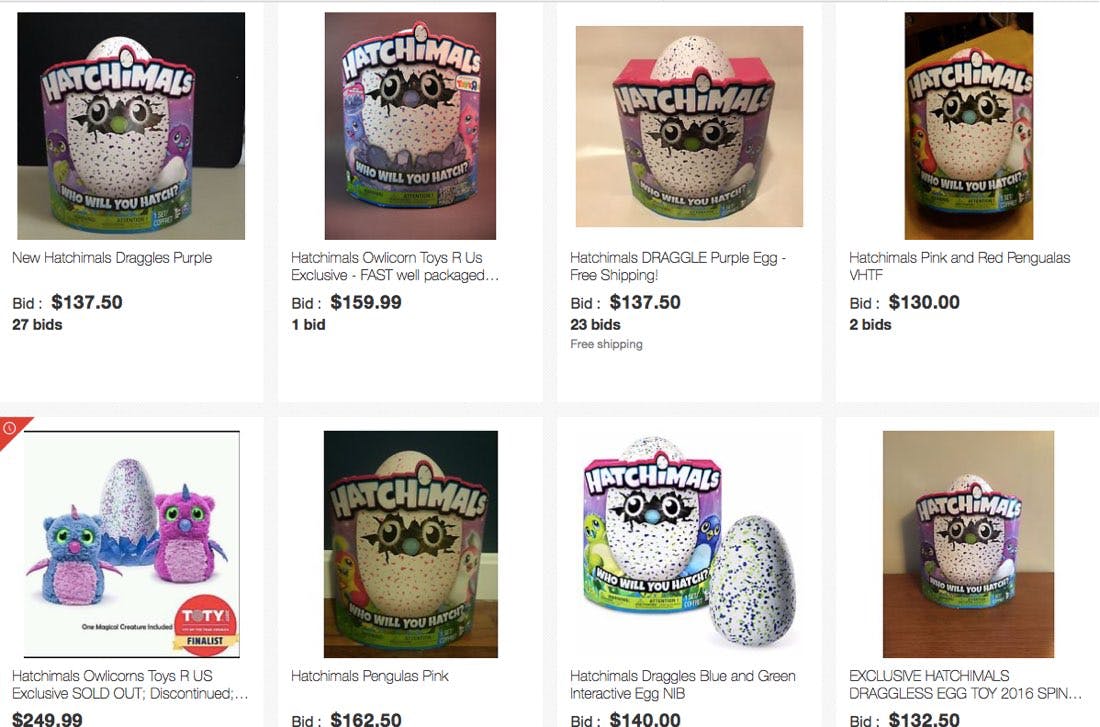 Though Spin Master is rushing distribution by airfreighting the remaining Hatchimals from factories in China, the company has not said how many more will be available throughout December, and the shortage is expected to continue. A new batch of Hatchimals will not be available until early in 2017.

Looks like Santa’s going to be handing out a lot of IOUs this year.