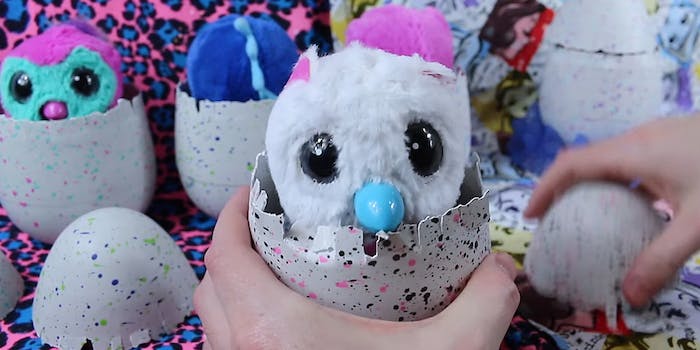 People report their Hatchimals are saying ‘f**k me’

Surely it's not saying what it sounds like it's saying... right?

You’d think lack of responsibility would be one of the major selling points of childhood, but for some reason kids have always gone nuts for toys you have to take care of. It dates all the way back to 1973 when Kenner introduced “Baby Alive,” which allowed children to experience the wonders of cleaning up poop. Later it evolved into things like the Tamagotchi and the Furby.

If you don’t have young children, there’s a chance you haven’t heard about the latest version of this madness. They’re called “Hatchimals,” and they’re one of the hottest new toys this holiday season. 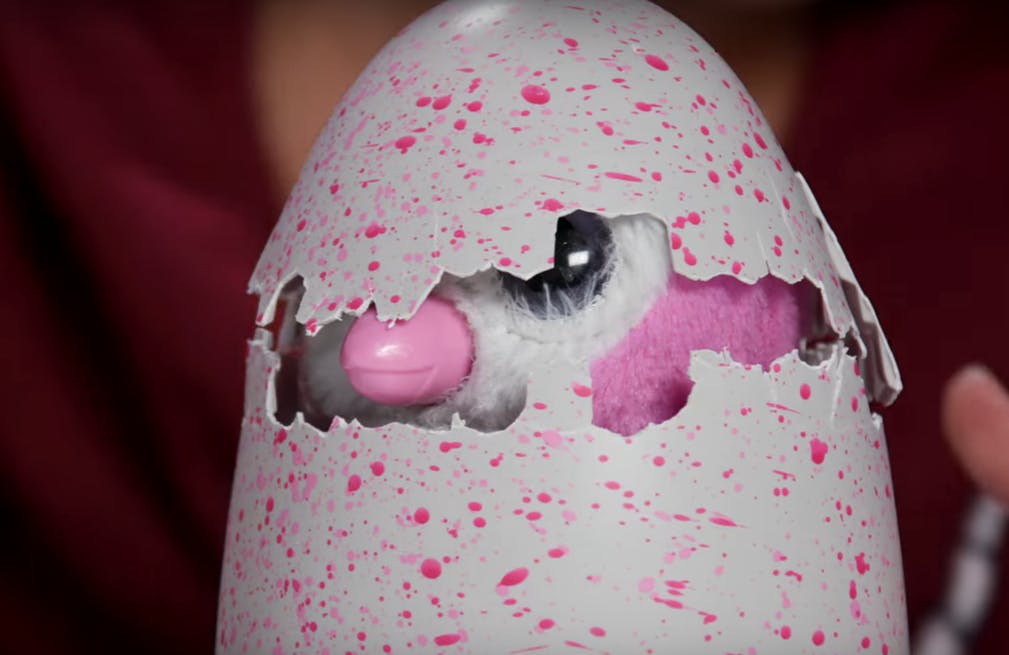 As the name implies, Hatchimals start out in an egg and must be hatched. This process can take 20-40 minutes of petting, shaking, and talking to your egg before your new friend pecks its way out of its shell and into your heart.

“I had always wanted to do something that hatches,” David McDonald, one of the toy designers told the Verge. “I always thought that Tamagotchi had dropped the ball—they had a neat idea, but never took it any further, into the real world.”

This seems enough to test the patience of any child, but apparently some of the eggs aren’t hatching at all or are dying soon after. In fact according to CNN, Spin Master, the company behind the toy, has hired extra customer service reps and extended their hours just to deal with the volume of complaints.

Now there’s a new complaint the company may have to deal with. Some people have reported that the cute little animals have foul mouths, and one man recorded this video of the creature saying what sounds like “fuck me” which is somehow way worse than “fuck you.”

“Hatchimals speak their own language made up of random sounds,” Spin Master spokesperson Anne Yourt told CTV Vancouver in response to the video. “We can assure you that the Hatchimal is not saying anything inappropriate. The one in the video appears to be sleeping.”

It’s important to note that you can teach your Hatchimal to talk, so once it’s out of the egg, much like a real child, it’s up to you to decide what words it will learn. This one appears to be watching a lot of of South Park.

Hatchimals may have a bit of a potty mouth, but who could really blame them for being a little cranky after spending all that time cooped up in an egg waiting for some kid to let them out? At least they haven’t turned evil and been labeled a national security threat, unlike certain toys we could mention. 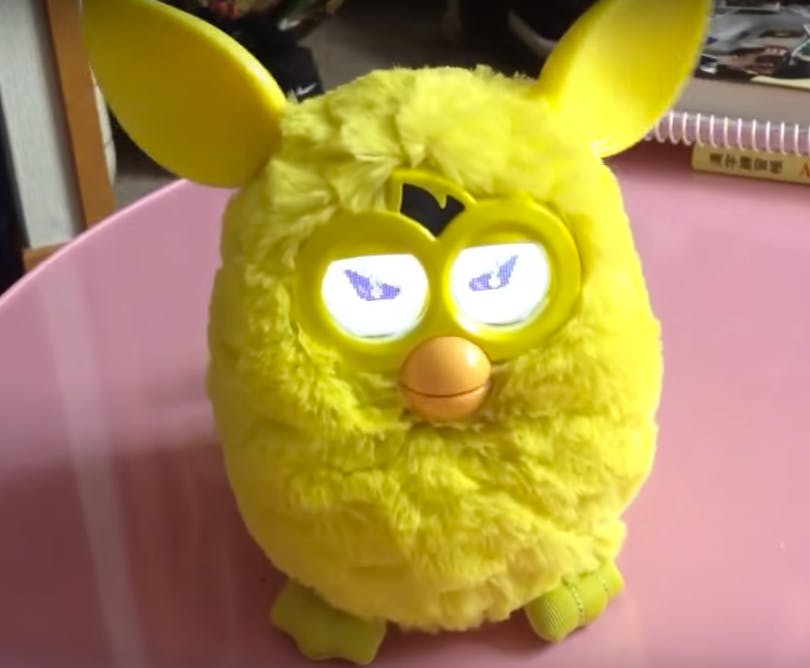