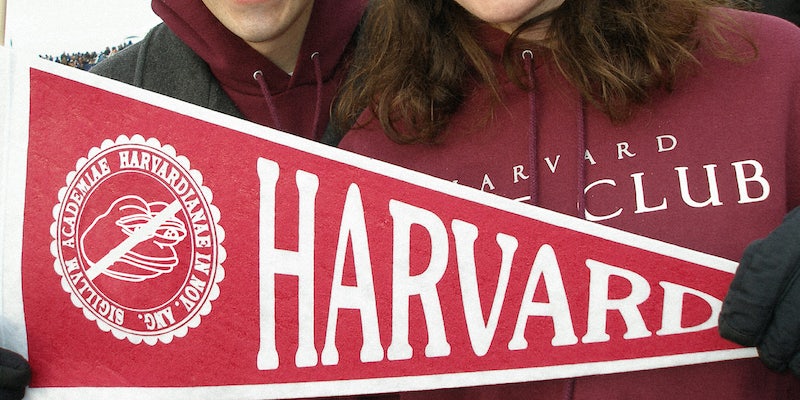 The memes were sexually explicit and offensive.

Harvard College has rescinded the acceptance offers of at least 10 students who were set to be part of the Class of 2021 after they reportedly shared offensive and obscene memes in a private Facebook group chat.

Anyone who wanted to join the private, more explicit group chat were made to post an offensive meme on an unofficial Harvard Facebook group that consisted of about 100 students and shared pop culture memes. The group was formed through Harvard’s official Class of 2021 Facebook group, where students were able to connect with others who shared their interests.

Harvard discovered the existence of the private Facebook group chat and later asked students who participated in the group chat to hand over every meme they sent, according to one of the students who had their admission to Harvard withdrawn.

“As we understand you were among the members contributing such material to this chat, we are asking that you submit a statement by tomorrow at noon to explain your contributions and actions for discussion with the Admissions Committee,” an email from Harvard’s Admission Office obtained by the Harvard Crimson read. “It is unfortunate that I have to reach out about this situation.”

Harvard spokeswoman Rachael Dane told the Crimson that “we do not comment publicly on the admissions status of individual applicants.”

The description for the official Harvard College Class of 2021 Facebook group distances itself from any unofficial groups or chats and warns prospective students that engaging in questionable behavior in those groups could result in their admissions being withdrawn.

“As a reminder, Harvard College reserves the right to withdraw an offer of admission under various conditions including if an admitted student engages in behavior that brings into question his or her honesty, maturity, or moral character,” it states.