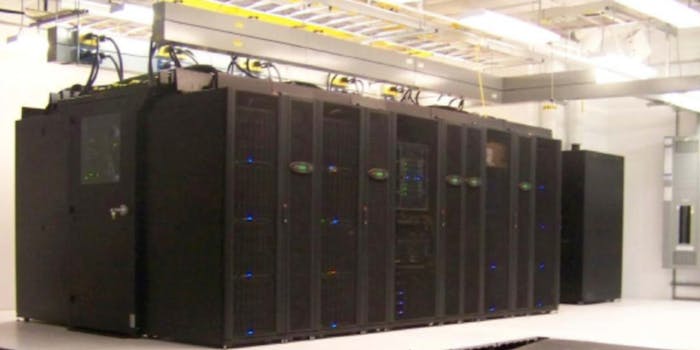 When you dig for Dogecoin you have to use your own computer.

A cryptocurrency is only the real deal once it’s connected to big time crime, right? In that case, welcome to the club, Dogecoin.

Harvard University’s “Odyssey” supercomputing cluster was hijacked last week to generate dogecoins, the Harvard Crimson reports, in an operation that resulted in the unidentified mining mastermind being stripped of his or her access to the university’s computing facilities.

Why would the Dogecoin Don want to hijack a supercomputing cluster?

A miner normally has to invest in expensive hardware and significant electricity costs before eventually turning a slow profit. Stealing someone else’s hardware and electricity is an easy way to avoid all those costs, especially when you’re using Harvard’s extremely powerful supercomputers.

Not only is Odyssey powerful, it’s also perfectly adapted to help Dogecoin mining. The cluster networks many computers together to allow fast data transfer between processors, exactly what a cryptocurrency miner needs most.

The mining was timed to perfectly coincide with an anticipated doubling in the price of Dogecoin.

That increase never came to pass but Timothy R. Peterson, a postdoctoral fellow at Harvard, said a miner using the Odyssey cluster could have made anywhere from several hundred to thousands of dollars over the course of a week depending on how much of the cluster the miner was able to control.