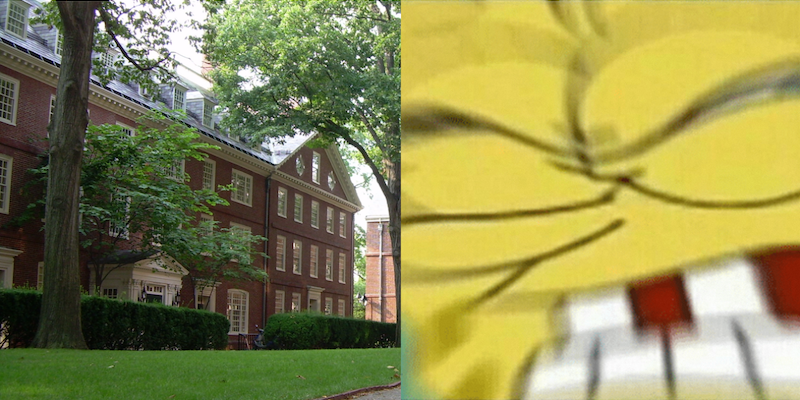 These are possibly more graphic than you imagined.

You can see more of the memes over at the Tab. According to BuzzFeed, which spoke with some members of the group—and published some of the memes kids used to gain entry into the secret groups—the memes were originally benign and all in good fun before taking a very dark turn.

“For the first like four months it was great,” one student said. “Just wholesome memes and discussions about life. Just like an open forum for people to chat.”

In a statement about the matter to BuzzFeed, Harvard officials said they do not comment on individual admissions, but that they “[reserve] the right to withdraw an offer of admission under the following conditions, which are clearly expressed to students upon their admission.”