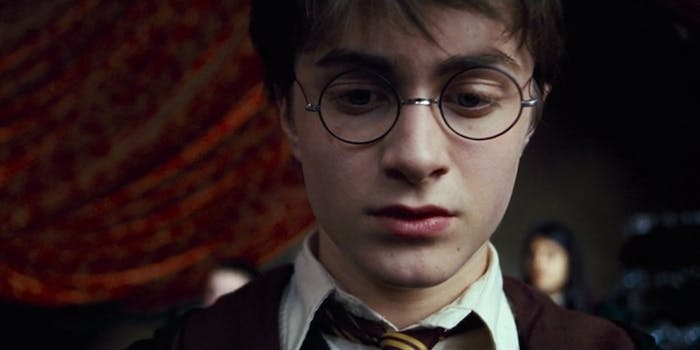 Harry Potter and the Prisoner of Azkaban/Google Play

It just left Peacock one month after arriving there.

For the past four years, Harry Potter, for better and for worse, has become the go-to political analogy for the fans who grew up with those books and movies. While J.K. Rowling’s openly transphobic rhetoric has complicated that for a lot of fans—to the point where they will no longer engage with Harry Potter at all—its moral influences on an entire generation is not insignificant as some fans still seek the series out as comfort viewing.

Unfortunately for any Harry Potter fans who want to stream Harry Potter right now, it’s basically impossible to do so without putting up additional money.

How we got here is a matter of licensing. Back in 2016, NBCUniversal purchased the exclusive TV and streaming rights to all of the Harry Potter films (which were made by Warner Bros.), a licensing deal that was worth around $250 million and will last until 2025. (For people with cable subscriptions, it basically meant that networks like NBCUniversal-owned channels like Syfy and USA could air the films.) But streaming rights, as we saw with both HBO Max and Peacock, could be bargained with.

When WarnerMedia’s streaming platform HBO Max launched in May 2020, it did so with all of the Harry Potter and Fantastic Beasts films within its extensive library, an offering on the same level as its DC Comics films to entice new subscribers in a way that its original programming couldn’t at launch. But the deal that got those movies onto HBO Max was never a permanent one: It would only last three months, and by Aug. 25, those movies would disappear from HBO Max.

The Harry Potter movies made their way to Peacock, NBC’s new streaming service that didn’t exist when NBCUniversal signed its deal for the TV and streaming rights, in October. But by November, the movies were gone from Peacock, too. It’s possible that the Harry Potter movies will return to Peacock in bursts in future months. It’s also possible that the streaming rights to Harry Potter will move around to whatever platforms are willing to fork out the cash until WarnerMedia (which owns Warner Bros.) is finally able to get the rights to Harry Potter, but that likely won’t happen for a few years.

So how can you watch the Harry Potter movies if you need that comfort right now? You can seek them out on cable, and with the holidays approaching, Harry Potter marathons are very likely. You can rent or buy them digitally on a number of platforms. You can purchase physical copies of the movies, which might be more important now that corporations like Amazon are trying to argue that people don’t actually own the digital content that they purchase outright, so that could eventually fall through.

Or, if you’re still questioning the ethics of watching Harry Potter in the wake of Rowling’s rhetoric, we have plenty of other suggestions of shows, movies, and podcasts to check out instead.