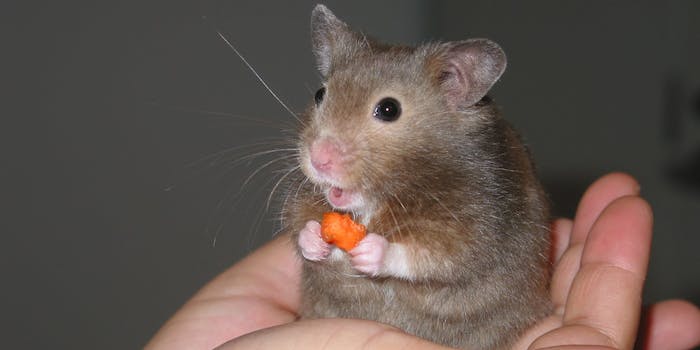 Why is this hamster determined to do so many backflips? Your guess is as good as ours.

Someone call the hamster repairman, because this hamster is malfunctioning.

Either that, or it’s way too excited about its little hamster snacks.

While all of its hamster buddies carry on as normal, this particular hamster is determined to do as many backflips as possible. Why? Your guess is as good as ours. Maybe it’s training for the hamster olympics.

Or, as the video’s title suggests, maybe it’s just broken.