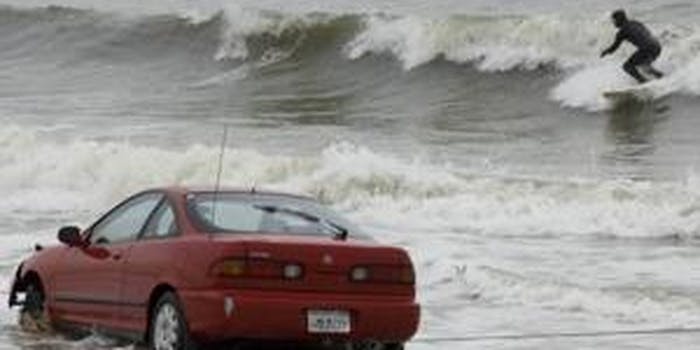 At long last, the ordinary people of the Hamptons people have a champion in their fight against jerks.

Enough is enough, Hamptons tourists. One year-round resident is calling you out on Facebook in a new group called “Douche Spotter.”

What started as the project of Jamie Cuomo, 26, is now rapidly gaining submissions: women pushing high-end strollers in the sand, tourists wearing stupid outfits, and people driving like jerks. It quickly grew to more than 1,100 likes.

The New York Post covered the page, citing a photo of Paul McCartney’s ex Heather Mills getting a ticket in a white convertible. There’s also a photo of someone parked on the beach as the surf rose over the car, hipsters in all white and fedoras, and a woman in a skimpy outfit while at the doctor’s office.

In an interview with the Post, Cuomo said people have been accusing him of just being jealous of rich people, since he is a construction worker and “poor.” Cuomo said he just wishes they wouldn’t come to his hometown and act so entitled.

In the meantime, he and countless others are going to document their bad behavior and call it out online. Maybe shame will translate to change.