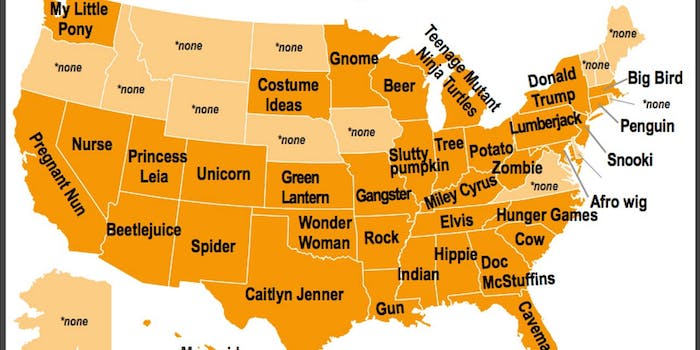 Now that it’s Halloween, the gallant folks over at the Estately Blog have assembled Google Trends data over the past 11 years to determine “what costumes users in each state search for more than users in any other state.”

Here were the results researched by the real estate website. 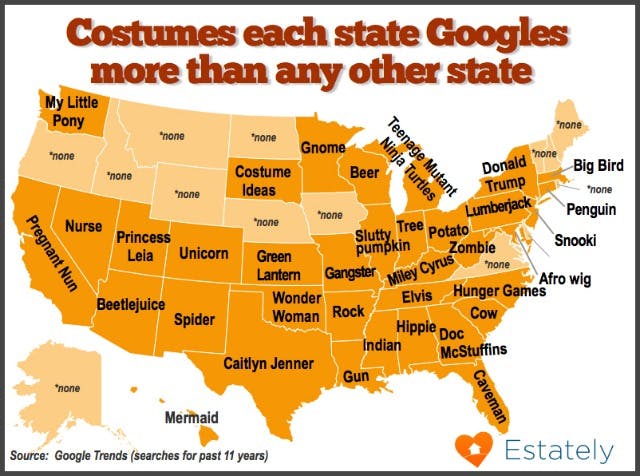 Here’s what I don’t understand: Why is California Googling “pregnant nun,” why are Massachusetts and Connecticut so obsessed with birds that can’t fly, and why is the Buckeye State wondering so much about Halloween potato costumes?