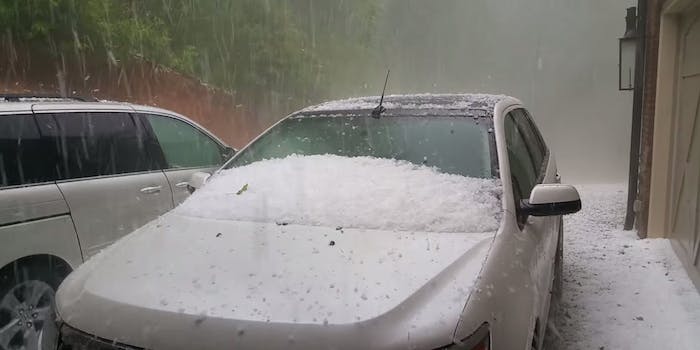 Tennessee hailstorm looks like something out of an apocalyptic movie

Definitely do not go outdoors if your weather looks like this.

No big deal here—just lethal lumps of ice hurtling down from the heavens to punish us for our sins.

YouTube user irishgurrier braved a brutal-looking hailstorm in Tennessee to record this video of hailstones pounding down onto the roof of a car.

The sound alone is pretty scary, and the overall effect is like a particularly dangerous blizzard. At one point the person holding the camera is able to plant an umbrella in a pile of hailstones hammering down from the roof above.

In summary, weather is terrible and summer is broken. But at least this isn’t a flood?