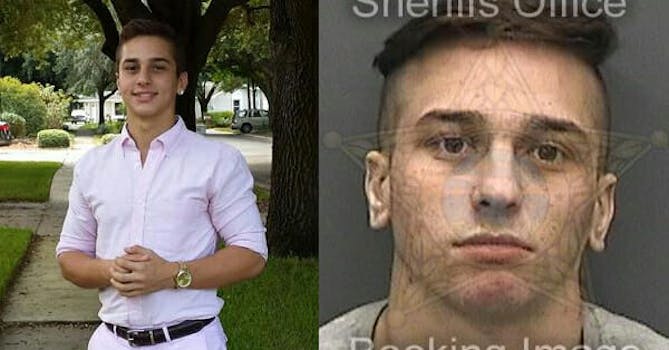 He claims he was arrested over 'BS'.

The man behind the viral meme “You know I had to do it to em” was arrested a couple of months ago and has started a GoFundMe page to recoup fees and potentially sue the police. Over the weekend, Lucky Luciano—as he is known on social sites—tweeted a link to his GoFundMe page, which has a goal of raising $7,000. Currently, it has raised just under $200.

The page outlines his reasons for needing the money:

I recently got arrested over BS. I was followed, stalked and detained unlawfully by officers who found trying to ruin my life. They found this funny, amusing and tormented me the entire time. I sat in jail and was given no bond, my charges were upped dishonestly, and slapped with a bunch of costs. I am making this GoFundMe for the sole purpose of legal costs, court fees, bail money, most importantly trying to hire a lawyer and suing the officers for the unfairness and horrible behavior that was displayed against me. Anything helps and you are very much appreciated. Thank you all!

According to a report from the Hillsborough County Sheriff’s Office in Tampa, Florida, the 21-year-old was arrested on May 12 on drug possession charges and was released on June 1.

If you need help remembering who this guy is, take a look at the photo below. (If it doesn’t look familiar, you probably spend a healthy amount of time on the internet.)

The tweet basically sat around until July 1, 2016, when Twitter user named @ExhelonWinter reposted the picture with a new caption that read: “Young thug is so gay, I listen to real hip hop. You know G Eazy? When its dark out lowkey a classic bro.”

From there, the meme took off with people creating all sorts of variations.

Now it appears the man from the meme is back—and he’s trying to use his internet fame to raise money. In a video posted to YouTube, he is visibly restraining his emotions while telling the story of his arrest. He also promises to start selling merchandise.

Most people went with the obvious response.

He finally did it to em

He did it to em

You know I had to donate to em

Will the public rally to his side? Will he get a slice of banana nut bread? We’ve reached out to Lucky for a comment, and we’ll keep you posted.