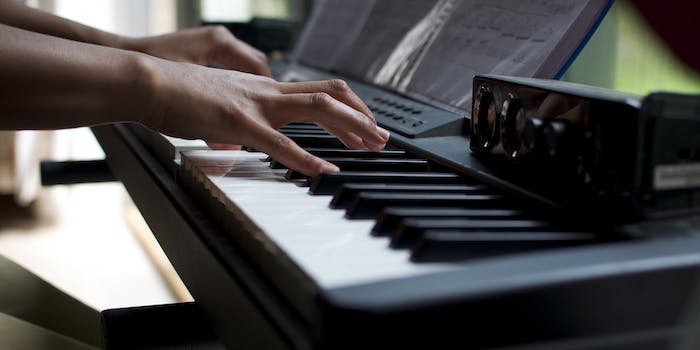 Man screws himself over with résumé lie about playing piano

Time to break your fingers.

Lying for a joke can be all fun and games—until you’re expected to deliver the goods. That can be quite the pickle.

One dude learned this the hard way after fibbing about his piano skills on a résumé. He claimed to have mastered the instrument at the age of 15, and that detail stuck with his future boss, who later asked that he play for the company’s board of directors.

The phony pianist himself didn’t tweet about the situation, but his friend Javier Acosta did.

My friend lied on his cv that he mastered the piano at age 15 and now he's been asked if he can play for the board of directors on friday.

This is a classic Today I Fucked Up situation. So how did this alleged ivory-tickler get out of his gig? First he landed on the plan that anyone who’s pulled some bullshit like this whips up: bodily injury.

Man has been sitting in the car for the past half hour googling "the most painless way to break your fingers".

Acosta’s tweets started getting lots of attention on Twitter, and people began giving suggestions, some of which were better than others.

@AMB_Noni You know he could just wrap them in a bandage. No one will know that it ain't broke.

dude has to fall down some stairs right now

Somebody tried giving some legitimate advice, like learning Beethoven’s “Moonlight Sonata,” which is apparently pretty easy to nail. But the friend ended up just going with another lie to save himself.

Thanks to whoever first tweeted the carpal tunnel syndrome excuse. Mate used it and he doesn't have to play anymore tomorrow.

Is it just a matter of time until this fib gets him in trouble, too?