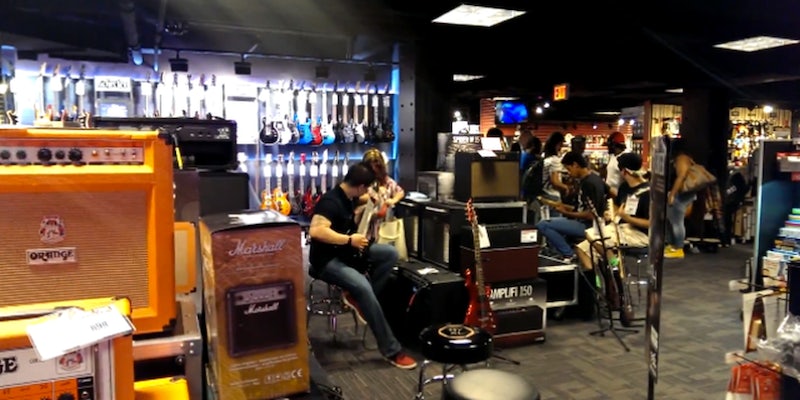 This is what it sounds like when a Guitar Center opens

Everyone has their own version of what hell on Earth might look like. If you happened to be near the opening of the Times Square Guitar Center, you might have gotten a glimpse.

On Thursday, a new Guitar Center opened in the tourist-friendly location, and it was immediately flooded with shred-heads. It also houses the world’s second most expensive guitar. In this 37-second clip, you get the full spectrum: There’s the guy noodling while his wife or girlfriend waits patiently. There’s the guy riffing Black Sabbath. There’s the other guy playing… I’m not sure but dear God get me out of here I’m having a panic attack.

Our condolences to the employees. We can’t imagine how many times they’ve heard “Enter Sandman.”