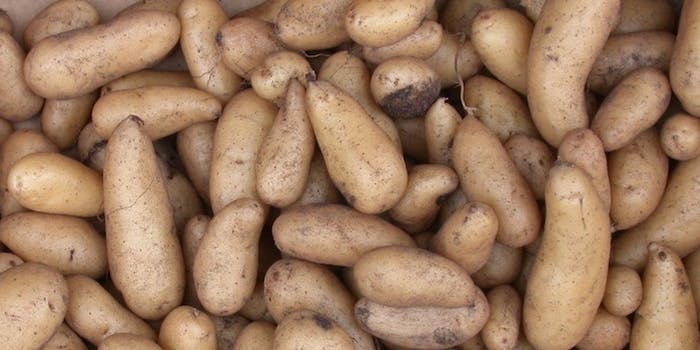 Groupon is selling a custom message delivered on a large potato

More than 1,000 of these sweet, custom potatoes sold!

Groupon has been known to sell some pretty wonky things—clip-in man buns or condoms that probably, definitely have holes in them—but this latest item may be the most outlandish.

For only $5.50, you can send a potato with a message written on it, anonymously, to your closest frenemies. According to the Groupon listing, this is not just any potato, it is a “large-size potato.” Combine that with the 58-percent discount, and how can you say no? 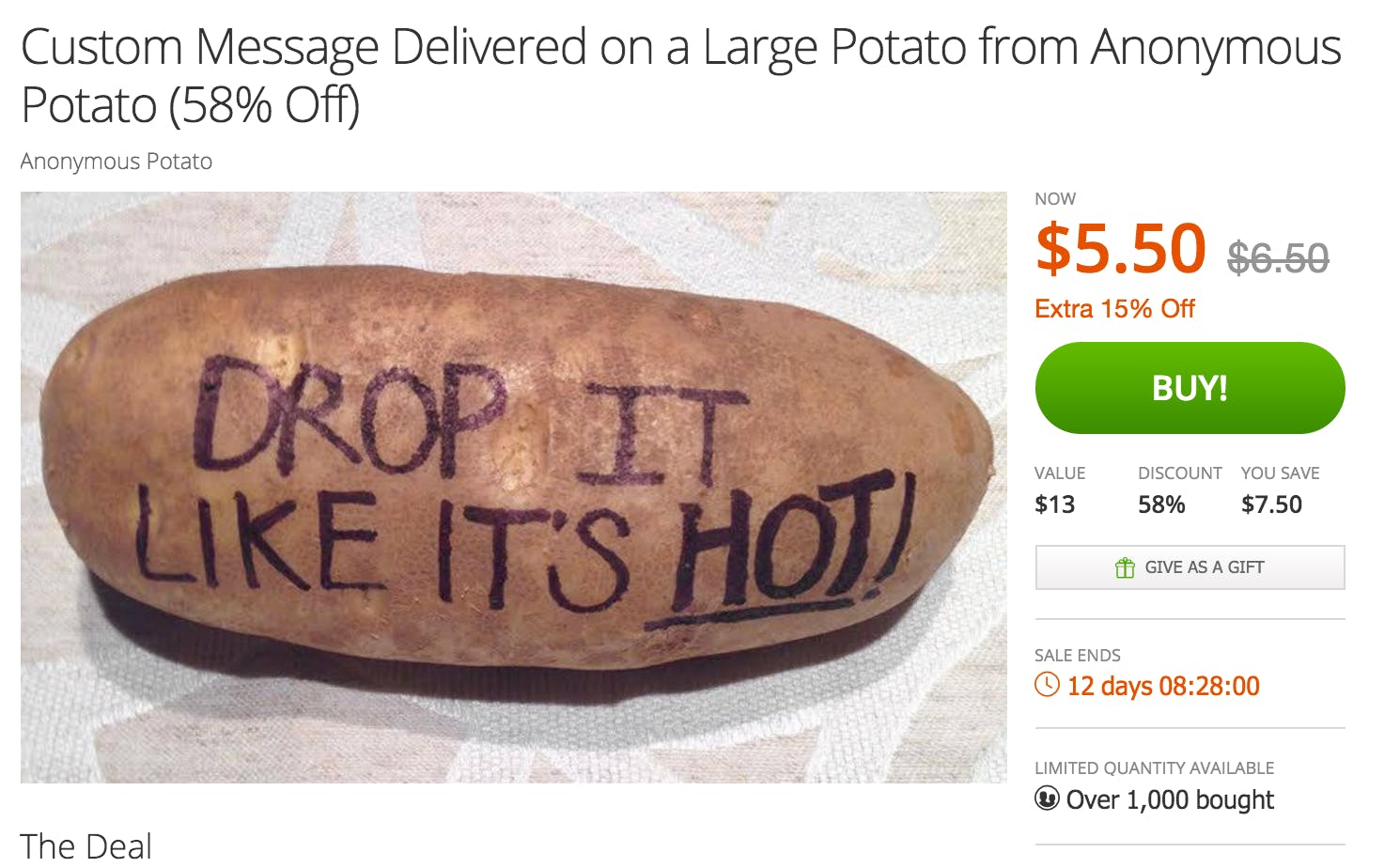 With more than 1,000 of these sold, keep your eyes peeled. You never know when a hot potato could get dropped into your mailbox.Photo via graibeard/Flickr (CC BY 2.0)