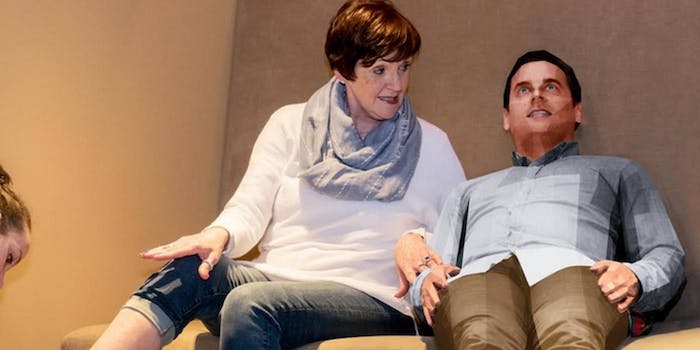 Hey, it's cheaper than a child.

Groupon, that midlife crisis of an online merchant, is still desperately trying to stay relevant. At the beginning of the year, the company tried selling potatoes with customizable messages, effectively ruining one of the most beloved starches in the business.

Now, Groupon is trying to destroy Mother’s Day with a special deal on a life-size 3D version of yourself for $30,000, a price that apparently was lowered from… $30,000. Just what kind of fuckery are you trying to pull here, Groupon? 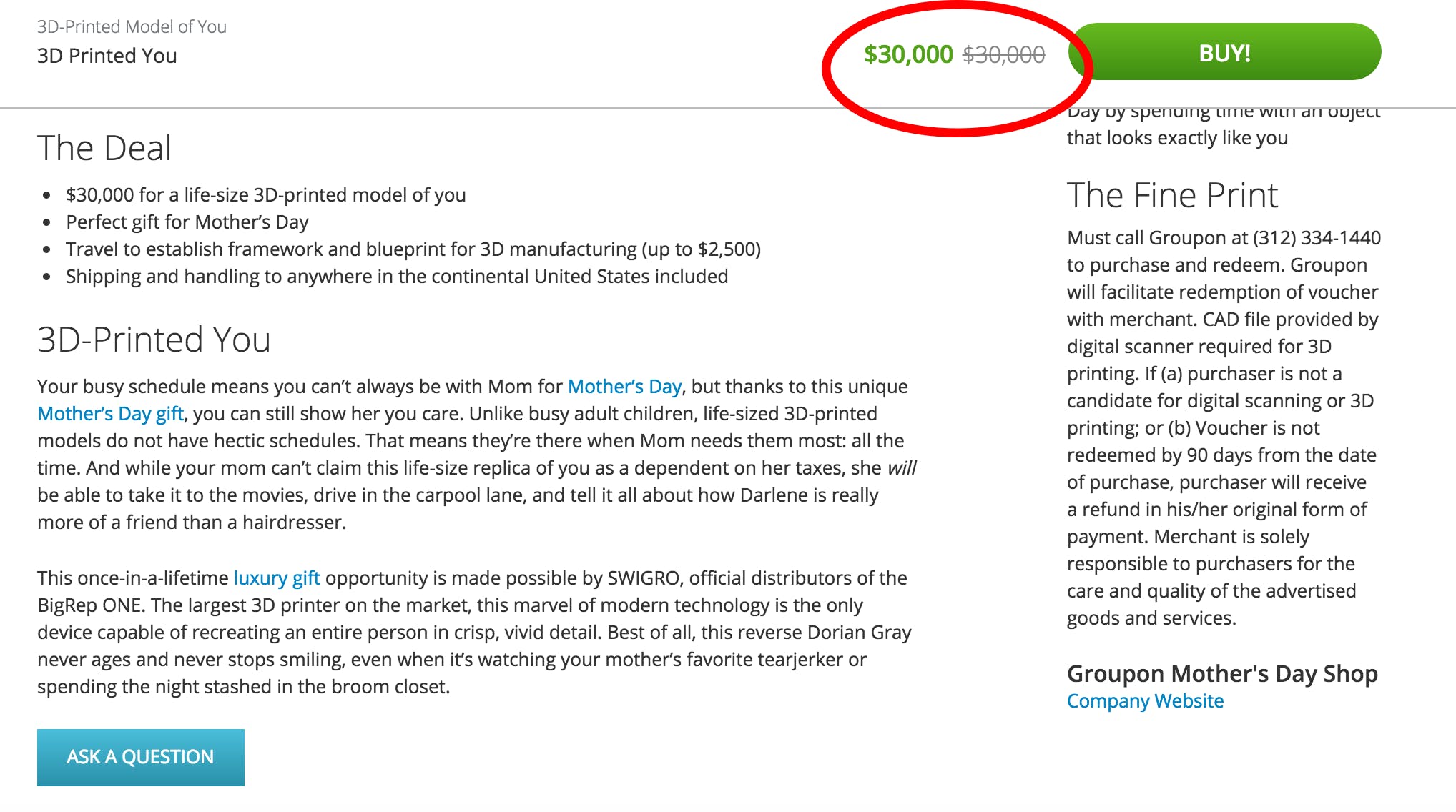 If money is no object but seeing your mother totally is, then fork over those thousands and start planning your trip to some seedy 3D printing shop so they can turn you into a glorified cardboard cut-out. Being that your fake self can’t talk at all, your mom will be delighted getting you to agree to literally anything.

A trip to the spa even though you’re a never nude? Sure. Fuck it. Let your 3D self be indulged along with the woman who gave birth to you. Groupon even provides disturbing example shots to show you all the fun your mom’s gonna have with you not actually around. Check out this dank dinner mom’s trying to slam into that 3D-printed visage: 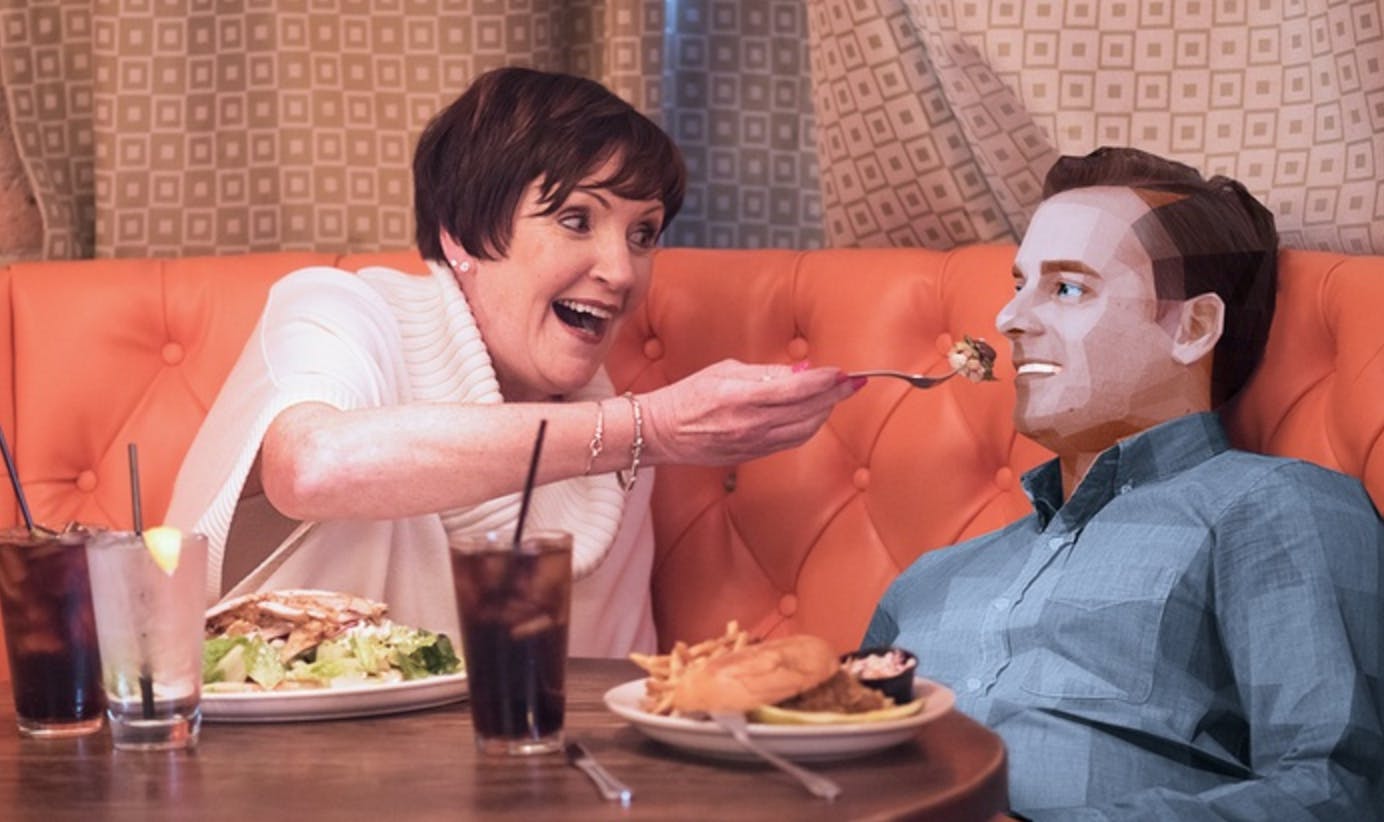 Groupon considers this foray into the uncanny valley a Mother’s Day luxury gift, which comes with this creepy addendum:

Best of all, this reverse Dorian Gray never ages and never stops smiling, even when it’s watching your mother’s favorite tearjerker or spending the night stashed in the broom closet.

Looks like somebody didn’t enjoy sleeping in the broom closet when they were a kid. At least your fake, 3D-printed self will.