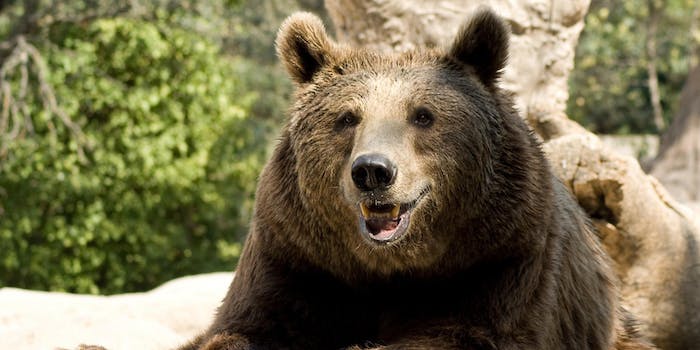 The only thing bears love more than the taste of honey? GoPros.

Forget the Discovery Channel or National Geographic. Anyone wanting to become a voyeur of the animal kingdom need only shell out a few hundred bucks for a GoPro and a sense of adventure to accompany. The tiny yet rough-and-tumble cameras have given us monkey selfies, angry ram attacks, and the majesty of soaring eagles. Thanks to GoPros, viewers have gone places many don’t live to tell about, namely the mouths of leopards and crocodiles.

Add to that list of oral adventures, 500-pound Alaskan grizzly bears, thanks to the efforts of wildlife photographer Chris Weston. The British photographer was in the field on Alaska’s Katmai Peninsula when his day-old camera was snatched from its river post by the curious beast. Thankfully for Weston and the viewer, his GoPro survived the journey with amazing footage to boot.