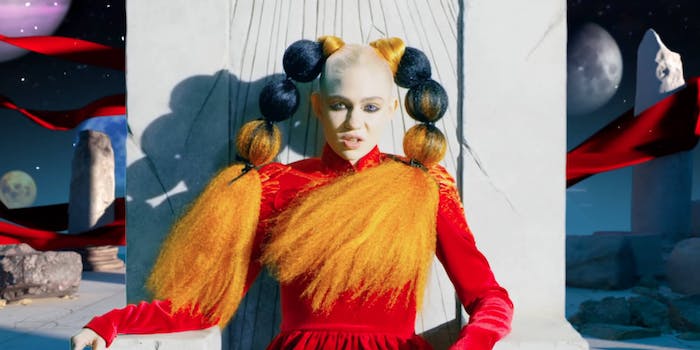 Grimes revealed they made a slight change to the name.

Since his birth was announced in early May and he was immediately memed, the newborn son of Elon Musk and Grimes has fascinated the internet—mainly because of his name, X Æ A-12.

While Grimes broke down the origin of the name on Twitter, and Musk pronounced it on Joe Rogan’s podcast, it has apparently proven more difficult in terms of a California rule regarding names. After posting a photo to Instagram on Sunday, the musician responded to one comment about whether she and Musk changed the baby’s name, stating it’s now X Æ A-Xii. She added: “Roman numerals. Looks better tbh.”

The rule in California states that a baby’s name must include only the 26 letters of the alphabet. A family law attorney told People earlier this month that Roman numerals wouldn’t be valid either, and that a birth certificate with the original name might be rejected. In 2014, a bill to update the rule was circulated but apparently it was too costly to update the state’s system.

While we possibly await another name change, the memes continue.