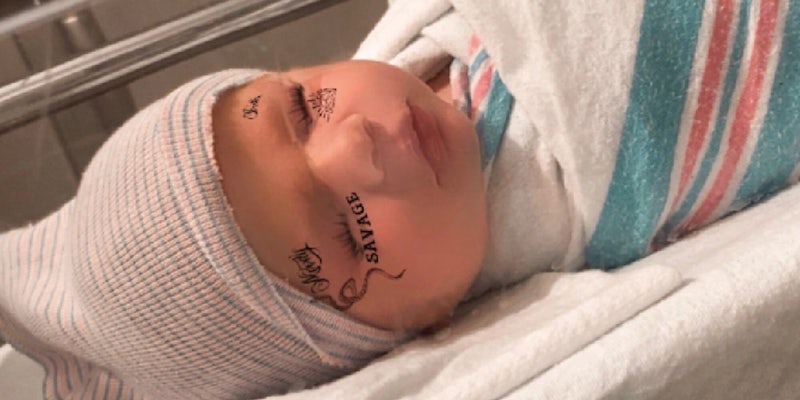 Even Elon Musk memed his baby.

The thing is, though, not everybody is saying the baby’s name out loud. The Tesla CEO and electro-pop musician baffled followers with the apparent name of their newborn son: X Æ A-12 Musk.

Grimes broke down the meaning of the unpronounceable name on Twitter last night. Apparently, it’s rooted in artificial intelligence, aircraft, and “the unknown variable.” Musk lightly corrected her, but otherwise agreed.

Given the nature of pop culture’s most enigmatic power couple, the jury’s still out on whether they actually named their baby X Æ A-12 or this is just an impeccable troll job. Nevertheless, the memes flew fast and furious almost instantly.

The nature of the memes is about what you’d expect. They addressed, of course, the fact X Æ A-12 sounds more like the name of a prototypical planet-destroying robot than a human boy. How will teachers pronounce X Æ A-12’s name? What will nap time, potty training, and dinner look like in that household?

For now, we can only speculate and laugh at the hordes of X Æ A-12 memes that have already gone viral on Twitter. Here are some of the best.