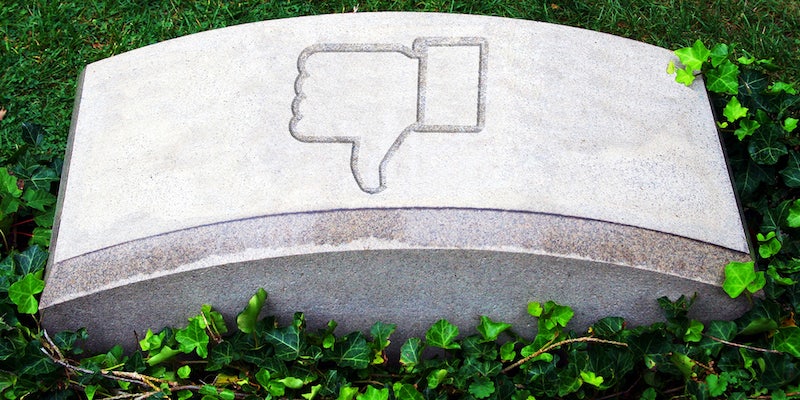 A grieving father just made one of the most heartbreaking customer service requests Facebook has ever seen.

In a YouTube video, a tearful John Berlin explains that after his son passed away in 2012, the family has been unable to access his Facebook account. That really hit home for them this week, when Facebook started offering sentimental one-minute montages of each user’s history on the site.

“All we want to do is see his movie,” the dad explained. “We don’t even need to get on his account.”

He’s getting some help from Reddit in his quest to make his plea viral. His story has quickly shot up to the top of r/videos, where thousands of users have commented with ways to hack the account and get in touch with customer service.

Some cynics have suggested the crying man may be lying, but that seems unlikely. Berlin’s Facebook page is legitimate—he recently shared the video and liked Mark Zuckerberg. And his son’s name, Jesse Berlin, and date of death, Jan. 28, 2012, match a public obituary.

Update: Facebook has responded, and Berlin’s request has a happy answer.