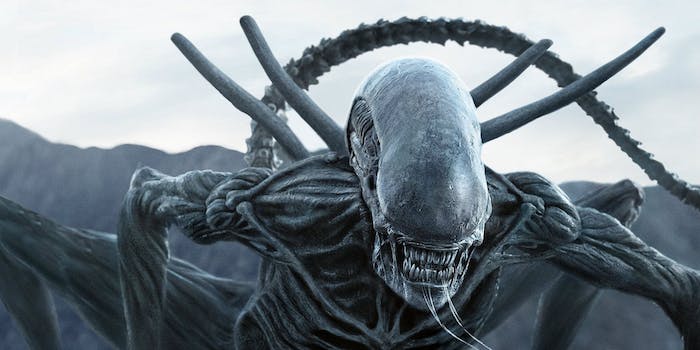 Greg Land is notorious for tracing his art from other sources.

The cover art for Marvel‘s new Aliens Omnibus looks suspiciously similar to work by another artist. and it’s not the first time this high-profile illustrator has been accused of plagiarism.

Until recently, Dark Horse Comics held the license to publish tie-ins for the Alien franchise. Tristan Jones provided art for several of those comics, including the 2016 series Aliens: Defiance. But after the Disney/Fox merger, Disney pulled the Aliens license back to Marvel, announcing new Marvel titles for Alien and Predator books. The Aliens Omnibus book is (somewhat confusingly) just a Marvel re-release of vintage Aliens comics from the 1980s and 90s. But the cover art by Greg Land is new.

Between Land’s history of tracing images for his art, and Tristan Jones’ side-by-side comparisons, plagiarism is the obvious explanation for what happened here. It’s pretty hard to accidentally draw a xenomorph that looks this similar to someone else’s work. Adding insult to injury, Jones was an obvious choice to draw this kind of cover art himself, given his previous experience. Instead, Marvel opted to hire an artist with a more recognizable name—but far more baggage within the industry.

Right now, Greg Land’s Wikipedia page lists him as “an American plagiarist, best known for tracing other artists’ works.” Not a flattering legacy for such a long-established artist—or an auspicious start for Marvel’s relaunch of the Aliens comics.