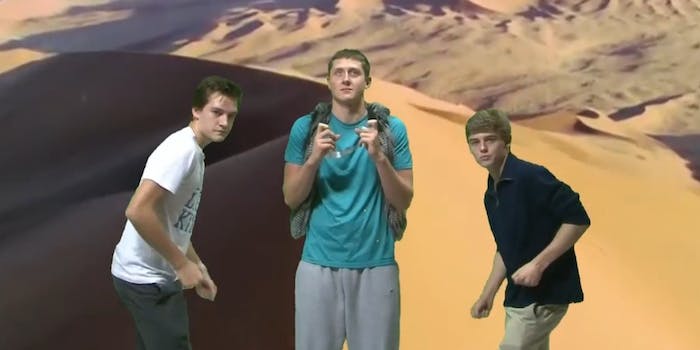 High schoolers prove that green screens are a recipe for hilarity

Raise your hand if you wish this had been your homework assignment.

A simple high school video assignment resulted in one of the strangest videos to ever hit YouTube.

Three students were assigned a video project that involved the use of green screen technology, so they decided to combine their lame dance skills, the Paralyzer song “Pop Muzik,” and several unrelated background images to earn their grade.

We don’t know how they did on the project, but these three certainly deserve an A+ in the “WTF” category.