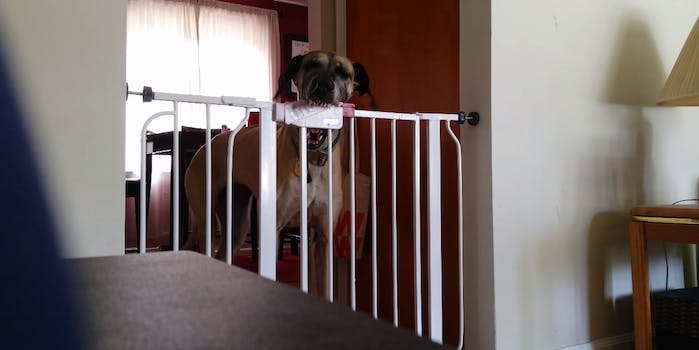 A baby gate is no match for this Great Dane

Yep, they’re gonna need something bigger than this.

If you’re gonna put a fence up, make sure whoever’s behind it can’t reach the lock.

Bambi the Great Dane demonstrated just how easy it to access the safety latch when it’s shorter than you. With no access to a screw driver like one iconic escaper of baby gates, he uses one of the only assets he’s got as he makes his escape attempt to freedom—or, in this case, the other side of the gate.

As one commenter pointed out, the teeth marks present on the safety latch suggest that Bambi’s played this trick before. Either Bambi’s owners aren’t noticing all that much or they need to get a bigger gate.