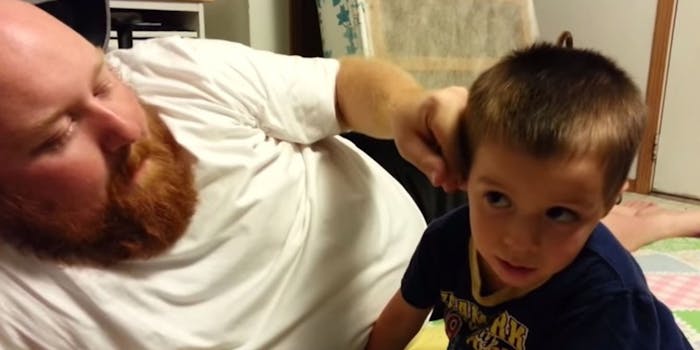 Give him his nose back. Now.

One poor kid out there is not going to let anyone touch his ears or nose ever again, all thanks to a YouTube video.

When Jesse Fulcher decided to fool his 4-year-old son by pretending to remove his various facial features, he quickly learned that not all kids will reply to such pranks with laughter.

Hopefully Fulcher doesn’t play “This little piggy went to the market” with his son’s toes, or else the kid will require many (more) years of therapy–and a very patient podiatrist.