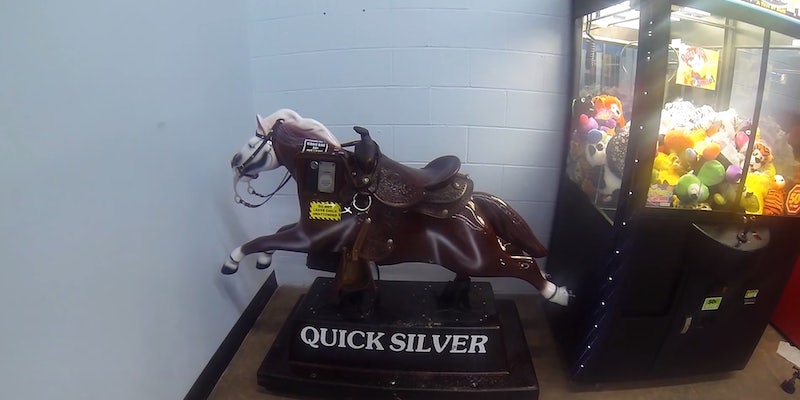 Safest GoPro video ever is just the right kind of weird

There is precisely zero peril in this video—but that doesn't stop it from being awesome.

GoPro cameras have quickly become a staple of “extreme” amateur filmmaking. People have used them to film avalanches, skydiving near-misses, and stunts like driving a snowmobile across a lake. But what do you do if you have a GoPro but no interest in dangerous sports?

YouTube user Dalton Lemert took the genre to its opposite extreme in what may be the safest GoPro video ever. Using his selfie-stick-mounted camera, Lemert filmed himself sitting on a barely-moving rodeo-horse ride that was clearly designed for children half his size.

Thanks to the combination of his totally deadpan expression and the chill soundtrack, this video is perfectly, weirdly hilarious.

It’s truly a heroic feat. Perhaps the GoPro community should take note and branch out from making so many snowboarding videos.