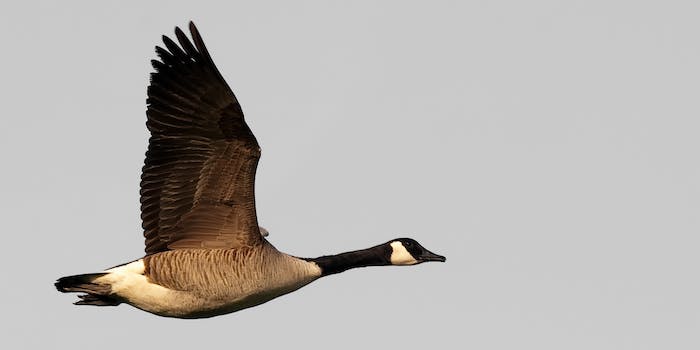 It's fruitless, but it tries anyway.

When a bird goes head-to-head with a car, the only question is how long it will take for man’s invention to outrace the animal kingdom.

The couple in this car were enjoying a pleasant ride when they noticed a goose flying next to them. Instead of just speeding past it, they slowed the car down long enough to let the goose think it had a chance. The bird made a valiant effort, for sure, but the humans were only teasing it. In the end, though, they were the ones who looked silly.

Presumably the couple sped up after the video ended just because they could. Luckily they shut the window before the goose could take any parting shots at them.