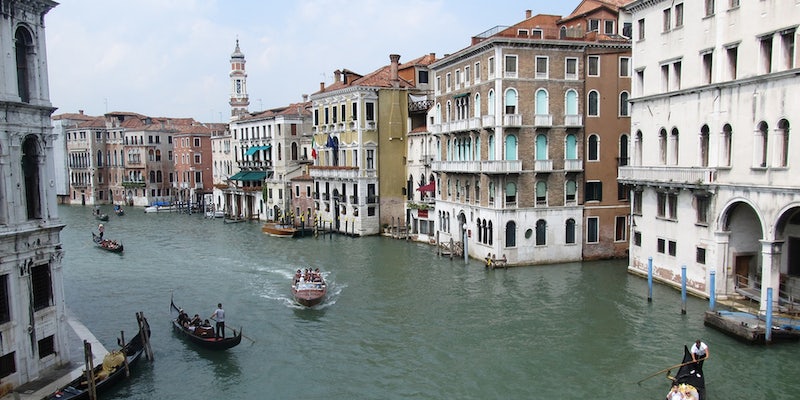 Submarines, airports, and even the TARDIS are now yours to explore on Google Street View.

Did you know that riding a gondola in Venice, exploring a submarine, and even navigating the TARDIS are all as simple as a wave of your mouse?

Since its inception, Google Street View has gotten increasingly creative in its offerings. Thanks to innovations like picture stitching and the Street View Trekker program, which allows people to mount Street View cameras on their backs and take them practically anywhere, the service has proven that it doesn’t need to limit the world to just what is visible from paved surfaces.

Here are nine places worth your virtual visit.

A gondola ride through the canals of Venice is a uniquely Italian tourist activity, like checking out the Coliseum or pretending that you’re “holding up” the Leaning Tower of Pisa in a photograph. If you climb aboard a Street View gondola, however, you will be treated to the same scenic streets and architecture, minus the seasickness, wet clothing, and romance.

No longer do you need to wear a helmet and flame-retardant suit covered with corporate logos to check out a professional racetrack firsthand. While your mouse finger and computer processor may not be able to replicate the speed of a racecar, you can still enjoy the view from the driver’s seat—without the possibility of crashing, losing, or killing Maude Flanders.

Getting lost in a corn maze is always a fun autumn activity. Thanks to photographer Kyle Giesbrecht, you can now navigate the crop-lined paths of this sprawling Canadian attraction. And before you ask: No, the overview Google satellite map won’t help you navigate it.

You can now join the crowds on one of the most famous archaeological relics in the world without worrying about airline fees or invading Mongolians. This isn’t actually on Google Street View—it’s on a Chinese clone called Soso—but it’s too much fun to leave off the list.

The Japanese island of Hashima was abandoned after the fall of the country’s coal mining industry and was off-limits for over 40 years. It re-opened for public tours in 2009, albeit under very heavy restrictions. You can now wander the spooky, crumbling ruins, even those off-limits to real-world tourists, and imagine what life was like in the days before the money ran out.

How many of you travelers out there have spent precious hours wandering around an unfamiliar airport, looking for important things like your departure gate or the nearest McDonald’s? If your travels take you through London’s Gatwick Airport, the city’s second-largest international airport, you can do all of your aimless wandering well before you even pass through security, letting you save that precious time for far more important things, like seeing how many duty-free items you can smuggle into your carry-on.

Has claustrophobia kept you off of submarines that you would otherwise have loved to explore? Now, you can take a virtual descent into the metallic hallways of the HMS Ocelot, a British Royal Navy submarine docked at England’s HM Dockyard at Chatham. You can “resurface” whenever you like, and angry seas are not a problem.

Who says that Street View images need to be restricted to reality? Leave our world behind and hop into the shoes of Harry Potter or Hermione as you wander around the Diagon Alley set from the Harry Potter movies.

Keeping with Street View’s exploration of alternate universes, take a step inside Doctor Who‘s TARDIS parked on the sidewalk alongside Earl’s Court Road in London. (And yes, it really is bigger inside.)