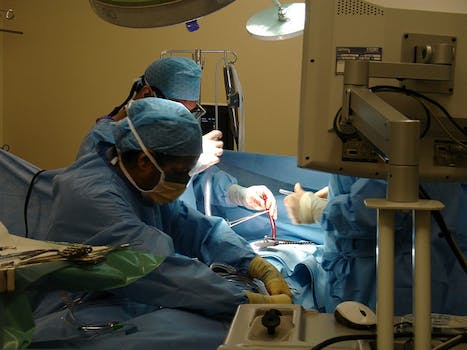 It's not Fantastic Voyage, but this comes pretty close.

Google Street View has inspired controversy, segments on The Daily Show With Jon Stewart, and even a single-serving Tumblr. Now you can add grotesque but fascinating medical technology to that list.

A group of research scientists from Canada’s McMaster University led by Dr. Qiyin Fang have announced that they are developing a new colonoscopy tool that would give doctors a panoramic view of the colon, much like the Google Maps feature does.

The new medical device will use  a near-infrared light imager that takes thousands of images of the final part of the digestive system. According to Dr. David Armstrong—a gastroenterologist who’s part of the development team—each person’s colon has a different pattern of arteries and veins which means that scientists will be able to place together the pictures to create a unique internal map for each potential patient.

“And because it’s likely to be unique as we around (inside the colon), we’ll be able to tell firstly how far the scope has gone in and then secondly is there a unique pattern, like a street pattern, that you can look and say ‘OK, I know where about in the colon that is,'” Armstrong told news agency The Canadian Press.

“And that means if we find a polyp or an abnormality there and we’ve got a picture of it, then we can go back and find that same thing again. We can say that’s the junction of 4th and 52nd Street.

“If I do the procedure again in two years, I can retrieve the map that I had before and I can go around and say, ‘OK, there’s a funny little bit there, but that’s actually a different place from where we took the polyp off last time. It’s not a recurrence, it’s a new lesion.’”

The proposed method was announced on Tuesday as being one of 37 projects to receive an Innovation Grant from the Canadian Cancer Society. Dr. Fang hopes to give doctors a new tool that will lead to early detection, prevention, and treatment of colon cancer.

With the money from the grant, Fang and his team will build a smaller version of the revolutionary scope to test out on animals within the next 18 months. If successful, they would then begin clinical trials on humans within a couple of years.

It’s not exactly Cold War scientists going inside a human body in a miniaturized ship like in the 1966 science fiction classic Fantastic Voyage, but this comes pretty close.