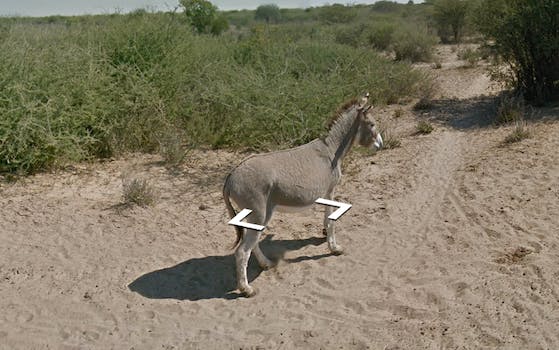 Did a Google Street View car run over a donkey in Botswana?

Google has publicly denied any animal abuse. The donkey could not be reached for comment.

Internet search mogul Google found itself in an unenviable situation Tuesday morning when it was forced to publicly and quite officially deny the accusation that one of its Google Street View cars ran over and killed a donkey in Botswana.

The whole dust-up began Monday afternoon, when an anonymous Twitter user tweeting under the guise of The Big Bang Theory‘s Sheldon Cooper posted a dusty Street View screenshot alongside a message that read “I think Google Street view ran over a donkey in Botswana.” 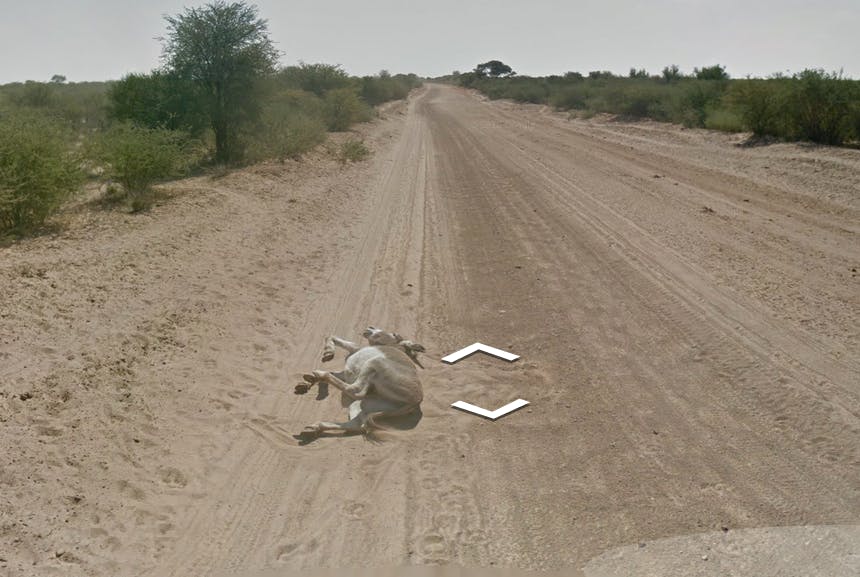 The picture shows a donkey lying side-down on a patch of dirt directly in the wake of the Google car’s tracks. It’s not entirely incriminating—and it certainly doesn’t indict the company as a ruthless donkey-killing machine—but it did look peculiar.

People started looking at before and after shots—still frames that showed dust trails and others that found the donkey to be standing up. They debated the driving laws in Botswana and reminded accusers that the African country is a nation that drives on the left side of the road. At one point, a writer for news.com.au even reached out to a Melbourne University professor of Zoology about whether or not donkeys could walk backward.

“Donkeys are not adapted to it,” Professor Roger Short expertly allowed. “They can take a few steps but they would never normally walk backwards.”

They tried basically every effort that they could to prove that Google was either innocent or guilty, but they apparently made no efforts to take a look at what would in all likelihood be the donkey’s point of contact. 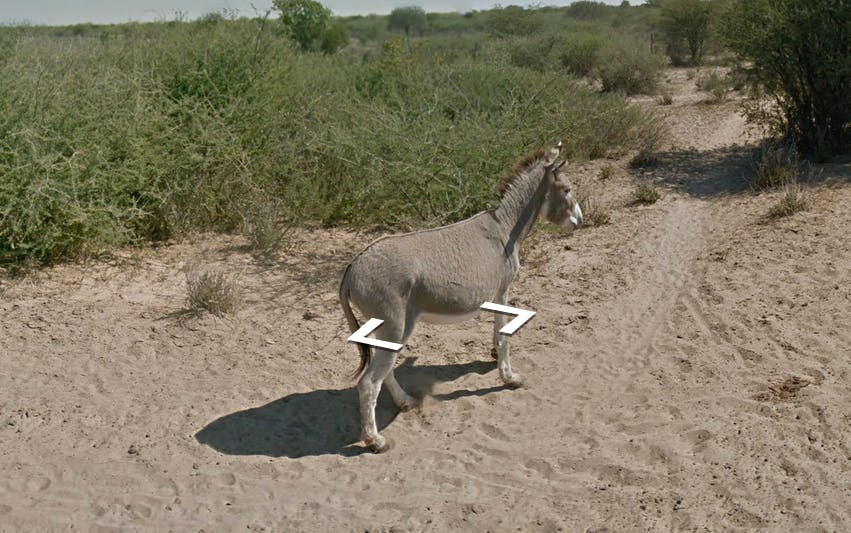 The photo featured above shows the donkey at the exact moment in which the Google Street View car would have passed it on the dusty road. It’s standing up—quite obviously. In fact, it’s hardly taken notice.

Who knows which photo angle came first and which came second—it’s quite likely that Google rolls into countries like Botswana and just disregards all rural traffic standards—but considering all the variables in play, it’s probably best to stick with what we can know for sure.

Unfortunately, the donkey declined our request for interview.

On Tuesday, a member of Google’s Street View team told news.com.au that no donkeys were harmed in the making of this elaborate map system.

“Our Street View teams take the safety of people and donkeys very seriously,” the spokesperson said, likely stressing the “donkeys.”

“A review of our imagery confirms that we did not cause any harm to the donkey.”

Fair enough. Sounds like nobody killed nothing, not even a Google employee and a donkey.

Glad that’s over with? You can bet your sweet ass that we are.