Dear lord—not the Colonel, too.

Unless you happen to be a dude smoking a cigarette outside your house so your wife won’t catch you, Google does its best to blur out the faces of the people who appear in shots taken by the website’s Street View cameras.

But the face-blurring robots aren’t always perfect. Either that or they’ve deliberately started blurring faces that aren’t actually human.

As the BBC writes, a number of statues that sit on the Magna Carta Trails—a number of areas around England that tell the tale of the charter and are currently celebrating its 800th anniversary—have had their faces censored by Google for anonymity. In particular, some 25 statues called the Lincoln Baron figures, designed by artists from Lincolnshire and displayed last summer and fall, were blurred. 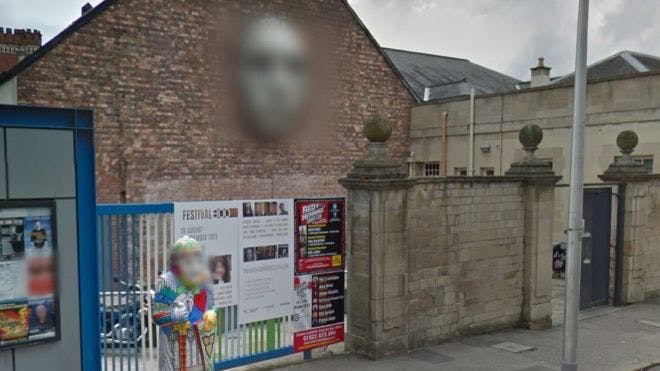 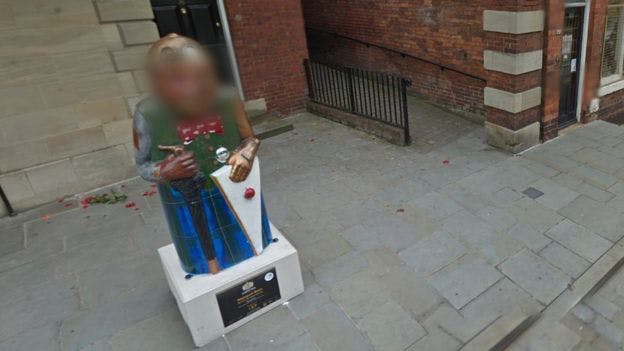 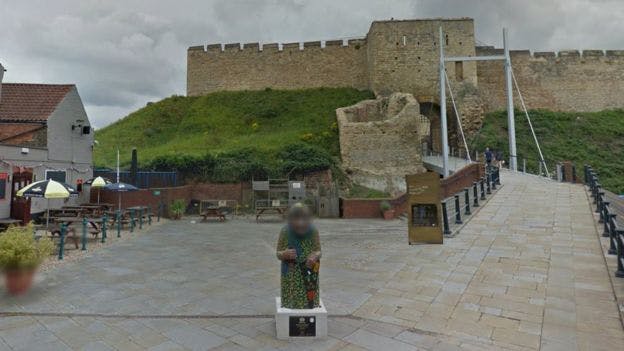 As Chris Kirkwood, the chief executive of that theater with the huge face on the side, told the BBC, “It’s taking anonymity a little too far for me, but having said that I just think it’s funny.”

Responded Google: “We automatically blur faces and license plates that appear in Street View. Sometimes our technology can work a little too well, where you will see the faces of animals, statues or posters blurred too.” 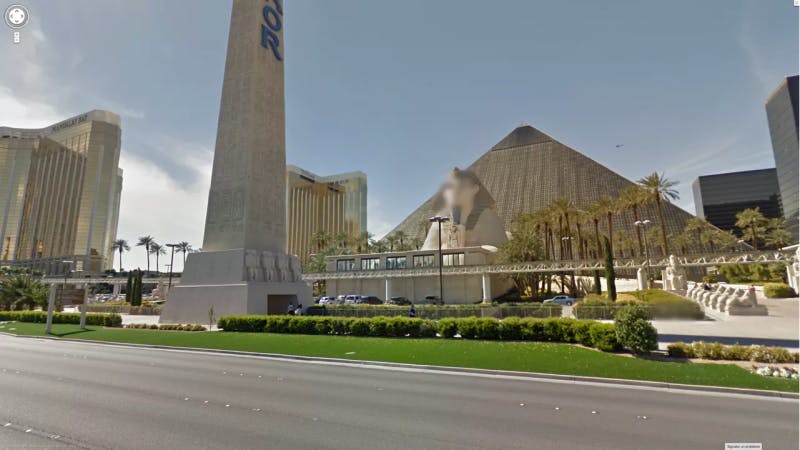 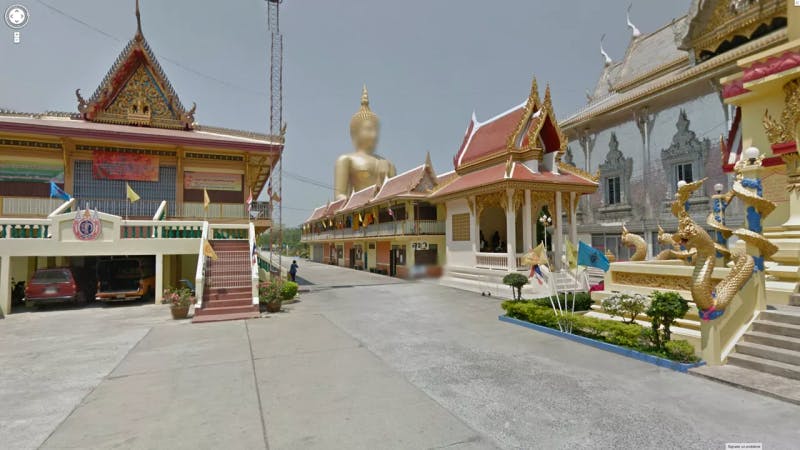 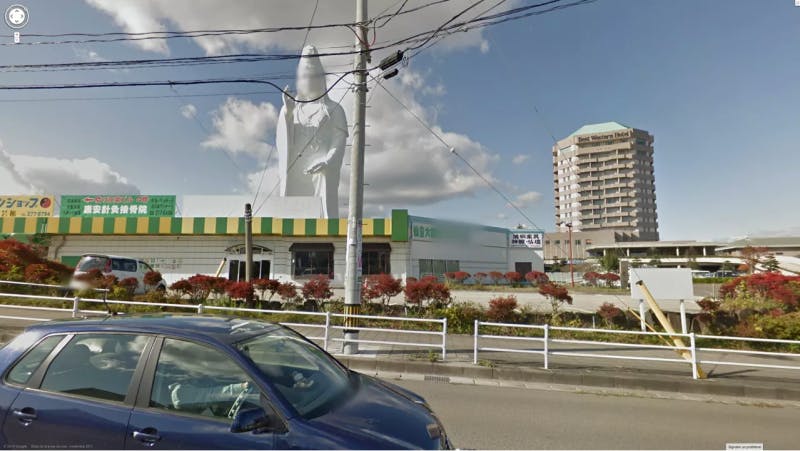 And all that’s fine. But here’s where the blurring really becomes offensive—when it obscures the face of a national icon: