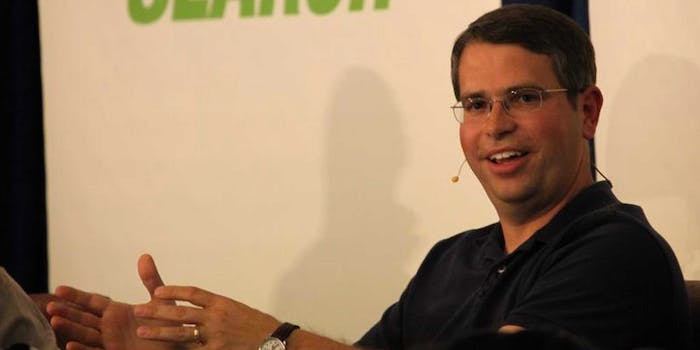 A change to Google’s search algorithm could foster a more secure Internet.

The Internet search giant is reportedly mulling over whether or not to factor encryption into the formula it uses to rank and display search results. By favoring encrypted websites, not only will users be better protected from online snooping, it will also encourage more Web developers to adopt secure encryption methods.

The proposed algorithm alteration was floated by Google Exec Matt Cutts at a recent industry conference, according to the Wall Street Journal. Cutts is the liaison between Google’s search team and Web developers who are eager to maximize their search engine optimization.

The discussion is still in “an early stage,” but that the tech company is apparently considering giving a boost in search engine results to websites that encrypt data transmitted over the Internet. The Google press office says there is nothing to announce at this point.

Though an actual change to Google’s formula may be a long way off, industry observers say it could make waves.

“This would be a wonderful thing,” said Kevin Mahaffey, the chief technology officer of Lookout. Mahaffey told the Journal that encryption adds a crucial layer of protection that keeps third parties from tampering with data.

Many websites already offer data encryption, but by choosing to factor it into their algorithm, Google could encourage even more to do so. Google has long used the algorithm to encourage best practices by Web developers. For instance, the site has used it’s formula to punish sites with malicious software by burying them further down in search results.

However, some experts, like Danny Sullivan of the blog Search Engine Land, point out that in the immediate aftermath of the change, malicious sites might use encryption to try and game search results in the short term. However, Google is know to punish websites for trying to exploit the particulars of its algorithm in deceitful ways.

More encryption across the Internet will be widely seen as a good thing. However, encryption is not always foolproof. One needs only to look at news of the Heartbleed bug that broke last week. The glitch affected the popular encryptions scheme OpenSSL, which left millions of users’ passwords vulnerable to third parties.