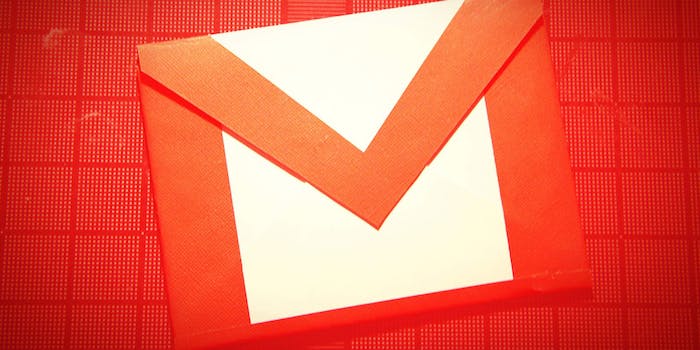 Hundreds of millions of people use Gmail, but how many know that Google scans the emails for criminal content?

John Henry Skillern, a 41-year-old Houston man, found that out the hard way. He was arrested after Google detected child abuse images in his emails and then tipped off the police, KHOU reported. Skillern is a registered sex offender with assault charges dating back 20 years.

Skillern has been charged with possession and promotion of child pornography, after a police search of his home found more criminal images, videos, emails, and text messages.

The “hashing” technology used to catch Skillern tags known child sexual abuse images and sets off an alarm when they are detected in Google’s ecosystem.

“We’re in the business of making information widely available, but there’s certain ‘information’ that should never be created or found,” a 2013 Google blog post explained. “We can do a lot to ensure it’s not available online—and that when people try to share this disgusting content they are caught and prosecuted.”

Google, which has long been in the crosshairs of privacy advocates, declined to give comment to any media outlet about this case.

Google, of course, scans everything its users do in order to target advertising. However, it’s not clear how deep the Silicon Valley giant scans user content for law enforcement purposes, or if the scanning extends beyond Gmail to other products like Google Drive.