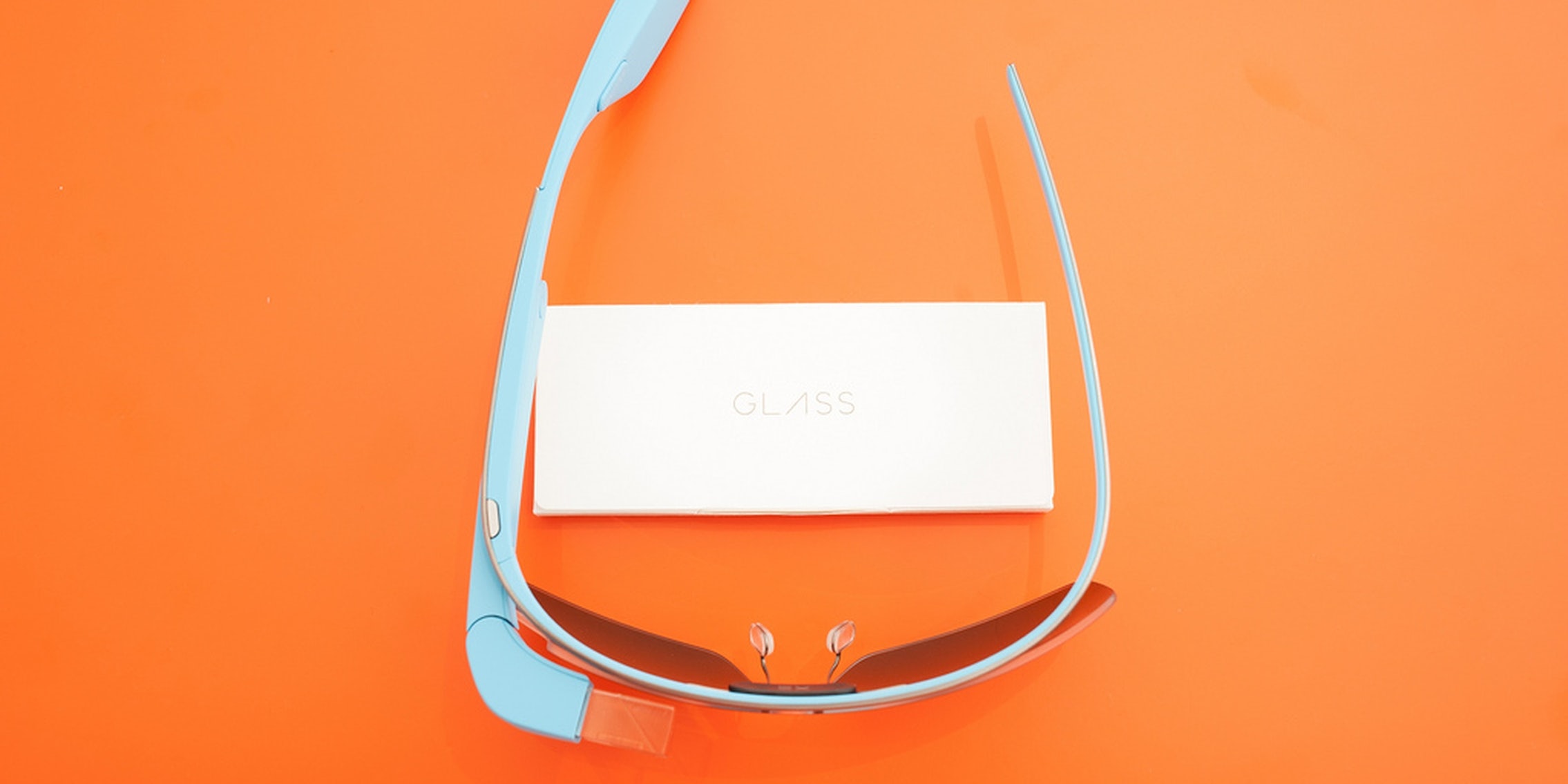 No one wants to wear a computer on their face.

What drives much of Google’s fandom is its ability to pursue the dreams of science fiction authors in a realistic way. At any given point, researchers in Mountain View are investigating self-driving cars, plotting a space elevator, or seeking a cure for death. Just this week, Google put forth a $1 billion investment into space travel startup SpaceX, founded by fellow nerd idol with Heinlein-esque obsessions Elon Musk.

Last week, however, Google found a limit to at least one of their fantastical ambitions. The company announced it would be closing the Explorer program for Google Glass, the completely dorky smart eyeglass set it opened to consumer sales last year. While the gadget became an instant cultural obsession, it was less in the way people viewed the iPhone in 2007 and more in the way people viewed the Segway in 2001.

While there are many reasons for the failure of Glass, the fact that it failed so abhorrently should prove to Google the restrictions wrought by enthusiastic futurism. Glass remains an impressive device technologically, but it simply struggled to achieve the sly level of sophistication smartphones have achieved. It’s emphasis on motion controls and voice commands means it’s right out of the mind of Gene Roddenberry, but it also made the device awkward and rather embarrassing to use.

This is where we confront the question that surrounds the most grandiose promises of Silicon Valley: How do you transition a public resistant to change from their current state into the future nerds have been dreaming of for decades—a future we can now make possible?

The entire industry is hedging its bets—and creating new industries—in the name of things it’s entirely possible no one will want.

Smartwatches are an entirely unproven market, the concept of self-driving cars terrifies most people, and space tourism has a lot of risks to handle before it can go mainstream. Despite these hurdles, those markets are going forward with as much, if not more, gusto than Google did in unveiling Glass. There’s an inherent (and risky) assumption within the industry that the the relative coolness of a product is far more important than its actual usefulness.

Martha Pease compared the faith of Google in their funky eyeglasses to the heavenly refrain from Field of Dreams: “If you build it, they will come.” Except it’s not just Google Glass: The entire industry is hedging its bets—and creating new industries—in the name of things it’s entirely possible no one will want.

The lessons of Google Glass should be heard no where as loud as they should in the smartwatch market. Back in 2013, Digital Trends published a list of reasons no one will buy a smartwatch: They’re bulky, expensive, unreliable, and “don’t do anything your phone can’t do better by itself.” After a year of major smartwatch unveilings—including from Apple, smartwatches’ last best hope—all of these things are still true. This is why only 5 percent of iPhone owners—a group that previously admitted to “blind loyalty” to Apple—anticipate buying an Apple Watch.

Back when Google unveiled Glass, Forbes contributor Haydn Shaughnessy declared an end to the smartphone wars, calling Glass “the only disruption in town.” But it wasn’t really that innovative; it simply took the capabilities of your smartphone and strapped them to your face. Glass felt cool, but, like smartwatches, failed to offer anything new.

You can’t rebuild the technology market on novelty alone.

And you can’t rebuild the technology market on novelty alone. What has made smartphones last so long as the preeminent utility was never the unconventional allure of surfing the web on your phone or their ultramodern appeal—it’s the actual uses it can have. This is why, when marketing the first iPhone, Apple stressed the utility in the catchiest slogan of the last decade: “There’s an app for that.” Problem plus solution equals usefulness.

Other than the fact that no one really needs Glass, however, is the anxiety the device caused by its users and those around its users. Glass owners quickly earned the title “Glassholes” and were harassed at a level one could guess the first smartphone owners were not. Glass’s camera also raised some rather serious privacy questions, with some businesses banning the device and researchers even showing how Glass could be covertly used to record passwords and PINs as people type them by following their keystrokes.

So not only did Americans struggle to see the usefulness of Glass, but the best ideas for its use have left people violated, frightened, and outraged. These roadblocks are too much for the mere “wow” factor of smart eyeglasses to surpass. Glass is the kind of product that would seem almost magical if you took it just 10 years into the past. When confronted with the reality, however, it’s merely creepy and weird.

Glass is the kind of product that would seem almost magical if you took it just 10 years into the past. When confronted with the reality, however, it’s merely creepy and weird.

Self-driving cars, another project out of Google X, have a similar challenge. While widely expected by the auto industry to represent the future of cars, 61 percent of Americans have called them “dangerous.” In the same way Glass combines a computer just too closely with its owner, self-driving cars represent a loss of autonomy that still scares most drivers, despite how exciting the idea seemed in Knight Rider or Minority Report.

Which is where Google and companies like it might have to realize our future will look nothing like what we’ve always imagined our future to look like. The imagination and creativity inspired by Isaac Asimov, Philip K. Dick, and other inventive authors is important in innovation. With each new year, it does seem as if some of these dreams will come true–especially the driverless car and the everyday robot. But Google must temper its reliance upon so-called “moonshots” like Glass lest it suffer more humiliating defeats to the limits of human acceptance.

Photo by giuseppe.consantino/Flickr (CC BY 2.0)