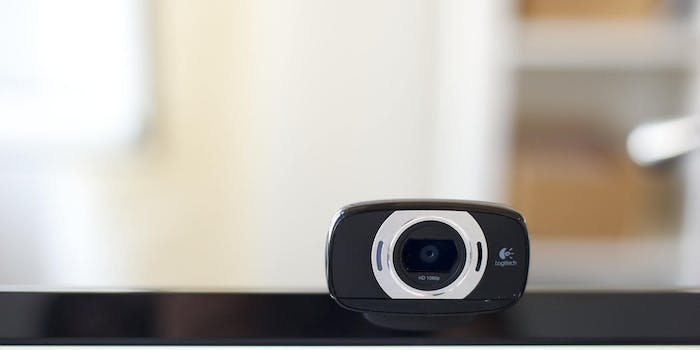 He did very little to cover his tracks. 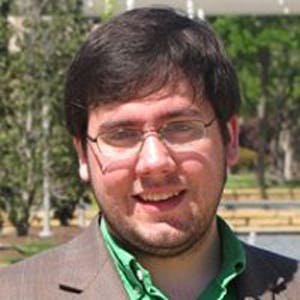 Nicholas Rotundo, a 23-year-old Internal Technology resident at Google, was arrested this month and charged in a three-count felony indictment, the Smoking Gun reports.

The scam was bizarre.

Rotundo allegedly pretended to be a researcher conducting a “breast perception study” to gauge “the public’s perception of different breast types.” Using the email address [email protected], police say he promised as much as $8,500 for photos of their breasts for use in the study.

The college student, who goes by CC in the criminal complaint, sent four naked photos of herself in response.

Threats then came pouring in to CC’s inbox from another address. Rotundo allegedly demanded a series of pictures and videos by a certain deadline—“I expect the rest by Wed, midnight”—and continued harassment in emails for weeks afterwards. 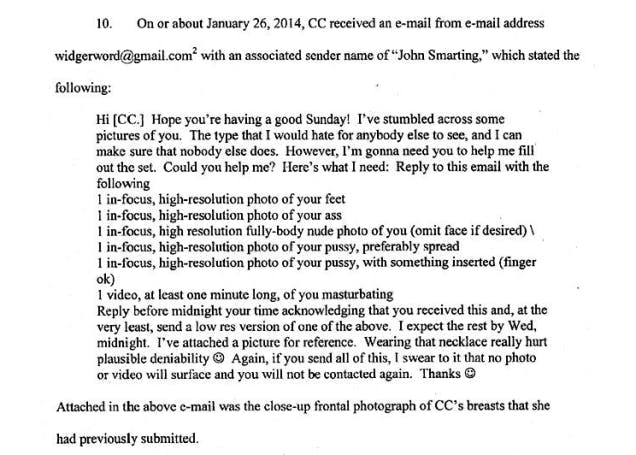 Despite Rotundo’s apparent knowledge of the Tor anonymity network, the FBI says records showed the email addresses sending threats were accessed by Rotundo from his home apartment in California and a hotel across the street from Google’s New York office.

The fact that he made almost no real effort to hide his tracks from police is just one of the many strange aspects of a profoundly bizarre case.

The FBI states that Rotundo did publish the nude photos of the University of Texas victims, as well as two other victims who had given him their laptops to repair.

In addition to the victim at the University of Texas, the FBI alleges, Rotundo reportedly had at least two more victims that he knew personally. These women gave Rotundo their laptop to repair, trusting him because he worked in the tech industry. He took pictures of them via their laptop’s cameras and recorded their keystrokes as well, thus gaining access to every account they manually logged into.

Rotundo faces up to 11 years in prison. He’s currently freed on $4,500 bond and banned from using the Internet.