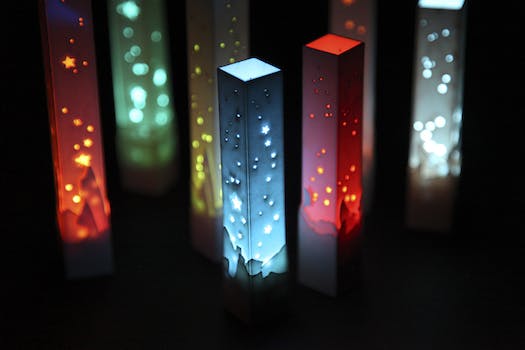 What the death of analog means for a Google future

Are we going to end up digitizing everything?

Is there a market that the tech industry can’t penetrate? Or will everything in our lives—including our brains—eventually become digitized? Speculative fiction has been exploring the issue for years, searching for the boundary between digital space and reality, and positing the idea that this boundary will eventually become so porous as to disappear almost entirely.

Tech companies seem poised to turn pop culture into reality. Minority Report will be in your living room. The Fifth Element is in your car. The good, and the bad, of ubiquitous digitization is all around us.

Apple just held its lavish new products party for the year, but what’s interesting about the party isn’t what the company released. The fascinating thing was the approach to how users would engage with the products. Writing for Wired, Mat Honan notes what differentiates this year’s Apple products from those previous:

The company doesn’t just want to make computing products: It wants to make a seamless interconnected stream of products that work together and play together, but also wrap around the user in such a way that every aspect of her life is observed, controlled, and moderated by the devices around her. Her technology is both helper and spy, turning her into a consumer and a product at the same time. Her entire life is turning digital—though the phrase “we live in the future” is perhaps worn, it’s also painfully applicable.

All of the technologies listed above are already present, raising the question of what’s next.

Digital tables, say? The applications are tremendous—and prototype products are already starting to appear. It’s not just about reading the news on the table; such hardware could be used to display recipes for chefs, to power holograms for 3D manipulation of objects in industrial design, to interconnect the systems within a house, company, or manufacturing plant, turning the table into a hub that can run an entire facility from a single room.

This is not an Apple-specific market penetration strategy, the trend of attempting to effectively own users through both hardware and software. Google is infamous for its widespread market penetration, paired with ever-expanding reach, as the firm is constantly snapping up startups and other firms for reasons that may seem opaque, but tie in with its larger desire to control the market. How many things can be made digital? The industry is in a race to find out.

In January, The Economist covered the “toothbrush test,” the gold standard of Google’s product development:

Shortly after returning to being the firm’s chief executive in 2011, Larry Page said he wanted it to develop more services that everyone would use at least twice a day, like a toothbrush. Its search engine and its Android operating system for mobile devices pass that test. Now, with a string of recent acquisitions, Google seems to be planning to become as big in hardware as it is in software, developing “toothbrush” products in a variety of areas from robots to cars to domestic-heating controls.

In June, “at the Google I/O shindig, Google’s keynote covered products that cover virtually every screen we see throughout the day. Google runs our phones, tablets, laptops, and soon will be looking up at us from the watches on our wrists, and out from the TVs in our living rooms,” wrote Mark Sullivan for Venturebeat.

Google wants to be everywhere, not just in your online spaces (mail, photo storage, search, video sharing, social networks, etc.) but also in your offline ones, with the firm expanding into hardware, navigational systems, and more. The firm’s expansion strategy has made it an appealing investment and a company to watch for the tech industry as well as economists, and it’s also setting out a new model of development and what it means to be “successful” in the tech industry.

It’s not enough to build a single strong product to appeal to consumers. Instead, firms that want to dominate the industry need to dominate their own customers, with an array of interlinking products that create not just strong brand loyalty, but forced brand loyalty. Google and Apple both create a web of systems which effectively push users on to their other products.

Want to comment on YouTube? Get a G+ account. Interested in listening to music on your MacBook? Your default will be iTunes. Seeking more data storage? Apple makes it easy to move data to the cloud—enticing users to keep everything in one convenient place with a series of overlapping services. The ease of use comes with a hidden cost in the form of limited market competition.

Microsoft has been trying to catch up, with devices like the Surface, touted as an all-in-one solution, the tablet that does everything. The company’s marketing suggests that the tablet allows for seamless transition between work and play—ideal for college students, small business owners, and everyone between. Loaded with Microsoft-branded software suites, the Surface similarly pushes users into brand loyalty.

In all three cases, it’s easier for the consumer to go with the flow. If you have a Macbook and you want a tablet, why not get an iPad? The two devices will connect easily, share data, and work together seamlessly—this way, you won’t have to fight your hardware to get it to work. If you’re using an Android, why not get a Google Watch—and remember, both will coordinate with Google Glass.

This is the brave new world of market penetration. The tech industry cultivates users and through the expansion of offerings hopes to retain them—in a way, it’s following the grocery store model of retail.

Once upon a time, buying groceries required stops at the bakery, the butcher’s, the fishmonger’s, the greengrocer’s, the dry goods store, and other small, individual shops operating independently of each other. That changed in 1930 with the opening of King Kullen, the first store generally recognized as what we’d see as a grocery store.

One-stop shopping. Under one roof. It revolutionized the way people bought food.

Until now, the tech industry has focused on selling individual products, trying to expand market share by reaching out to more users—Instagram’s move, for example, to push to Android as well as iOS. Expanding across platforms and building up a user base is still a sound business move, but it’s even more sound when it’s paired by tying products and services to each other—as happened when Facebook bought Instagram, acquiring a photo sharing service to keep users within its product family.

The tech industry’s aggressive approach to market expansion may just revolutionize the way we live. Forever.

Photo via Jared Tarbell/Flickr (CC BY 2.0)