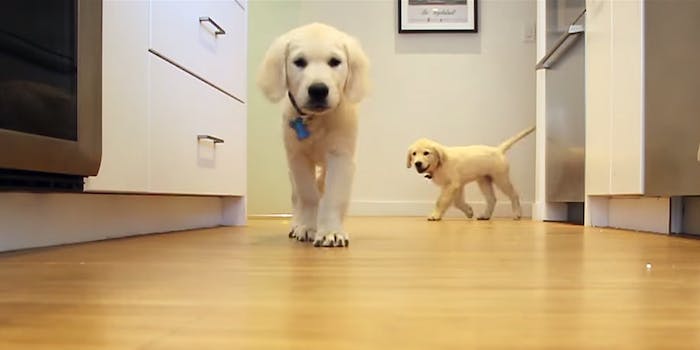 They grow up so fast.

Puppies: they grow up so fast—especially when you make a cute time-lapse video of them running and aging over the years.

It’s safe to say that Colby and Bleu are thrilled about dinner. Whenever the kibble hits the bowl, they come running into the kitchen. Their owner filmed them doing this over and over again for nine months to show how much they’d grown. up By 46 weeks, they’re practically unrecognizable as the little tikes you see at the beginning of the video.

They may grow older, but their excitement over their food will never be old to us dog-lovers—nor will their inability to run on a wooden floor without slipping.