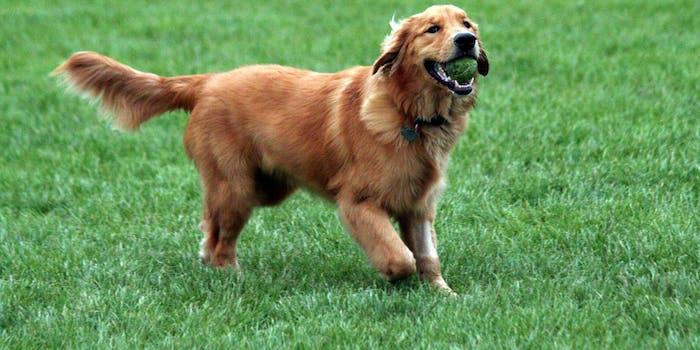 Golden retriever loses its mind when its owner uses a broom

Brooms are not this scary, dude.

Are brooms scary? Up until now, we didn’t think so—not unless you had a traumatising childhood experience with a witch or the broom scene in Disney‘s Fantasia, anyway.

But Jameson the golden retriever feels differently. In fact, Jameson counts brooms among his worst enemies. Just look at him freaking out over a brief brush with…a brush.

Jameson, we love you, but you are a dope.