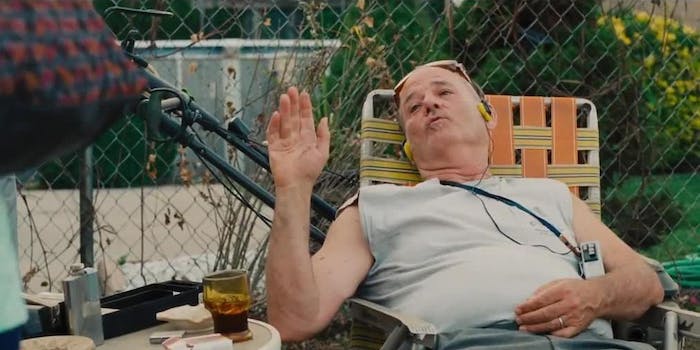 In 2004, the Golden Globes pulled off an incredible feat of mystery: The Hollywood Foreign Press Association nominated Phantom of the Opera for three awards, including Best Actress, Best Comedy or Musical, and Best Song. What makes this such a neat trick is that no one had seen it yet, as the film had yet to debut in theaters and had only screened for very select industry personnel and critics. Does that mean the HFPA had a crystal ball into the future or used time-travel powers to retrieve the footage and get back just in time for voting?

No, the association members were just doing what they always do: being themselves. The Hollywood Foreign Press doesn’t just nominate movies their members don’t see: In 2010, they even nominated a very bad movie they had seen, one its unlikely any of them even liked. The Angelina Jolie–Johnny Depp bomb The Tourist opened to scathing reviews in the U.S, with Rolling Stone giving it special recognition as the worst movie of the year. So why did Jolie and Depp find their movie among the nominees anyway on one cold morning that December? Because they’re celebrities, and even more than the movies, the Hollywood Foreign Press Association loves famous people.

This year, the nominees looked awfully familiar—but not for the reasons you might think. Well-liked prestige fare like The Imitation Game, The Theory of Everything, Birdman, and Foxcatcher earned nominations yesterday, and the Hollywood Foreign Press even made some smart snubs. Although Angelina Jolie’s Unbroken had been a favorite prediction of Oscar bloggers before a single member of the public had actually seen the damn thing, Jolie’s directorial debut earned lukewarm reviews and failed to net even a single Golden Globe nomination. Unbroken is the exact kind of movie the Hollywood Foreign Press used to nominate—glitzy and star-studded, practically furrowing its middlebrow at you—but suddenly the HFPA is too good for navel-gazing, and it’s a crying shame.

In recent years, something weird has happened to the Hollywood Foreign Press: They’ve gotten respectable. With Tina Fey and Amy Poehler wrapping a three-year emcee stint, the Golden Globes have arguably become more popular than their big-name counterpart. While the Academy Awards endured back-to-back hosting debacles (e.g., Billy Crystal’s blackface incident and everything that happened on Seth MacFarlane’s Oscar night), the Golden Globes have soared. Whereas Ricky Gervais’ gigs got increasingly mean for the sake of controversy (and ratings), Fey and Poehler kept it loose and fun, like hanging out with old friends. Even your grandma laughed at that Life of Pi joke.

With everyone tuning in for the BFF slumber party of the year, the Globes hit a 10-year ratings high in 2014; at 20.9 million viewers, that made it the biggest awards show since the Oscars the previous year. That’s half the number of people that watched this year’s Academy Award ceremony (43.7 million), but if anything, it showed the Golden Globes could finally compete. The era of live-tweeting has made awards shows into major events—even this year’s totally meaningless American Music Awards trended on Twitter—putting an added pressure on the Golden Globes to get their act together. While an inebriated Meryl Streep can continue to slur her acceptance speeches, the awards season’s favorite Drunk Uncle at least needs a sober-looking ballot.

And becoming yet another Academy Awards clone is the worst thing that could ever happen to the Golden Globes. In the era of Internet punditry—where Oscar bloggers spend their year looking for the one that will go all the way—everybody wants to be the first to get it right. From the Los Angeles Film Critics Association honorees to the SAG awards, voting groups are not looked at as their own individual entities but as harbingers of the big event. They exist simply to help you get your ballot right—otherwise, it would be called the Independent Spirit Gotham AFI Critics Choice Season, not Oscar season. And we have enough precursors. Do we really need another?

But the Golden Globes have always stood in the way of that, simply because you couldn’t count on them to be predictors of anything. After all, this is a group of people who have thrown nominations at Tim Burton’s Alice in Wonderland, Patch Adams, Across the Universe, It’s Complicated, and those awful remakes of Sabrina and The Producers. Remember Ron Howard’s kinda-bad remake of How the Grinch Stole Christmas? It managed to snag Jim Carrey a Golden Globe nomination in 2000, one of a surprising six nominations and two wins for the actor.

While Carrey’s nominations might seem like six too many for some, a couple of those bids show that—when the Globes aren’t boozing it up at the voting booth—they have surprisingly eclectic, often downright interesting tastes. While Carrey was snubbed at the Oscars for his underrated performances in Eternal Sunshine of the Spotless Mind and The Truman Show, simply because most of his career doesn’t suggest “Jim Carrey, Oscar nominee,” the Globes aren’t too respectable to pass him up. Similarly, the Globes honored Adam Sandler for what should have been a career re-defining performance in P.T. Anderson’s Punch-Drunk Love, except that the Oscars passed him up for more conventional nominees. This year, the Globes honored Joaquin Phoenix with a nomination for Anderson’s goofy, surreal Inherent Vice, a performance likely to be overlooked come Oscar time.

The Golden Globes have a long history of being surprisingly cool, making room for nominees like Inside Llewyn Davis, The Squid and the Whale, Being John Malkovich, Best in Show, In Bruges, and Happy-Go-Lucky, which even earned Sally Hawkins a well-deserved award for Best Actress. Because Happy-G0-Lucky was a comedy, it likely wasn’t even considered for a nomination. Hawkins would have to wait to get nominated for more traditional Oscar fare—Woody Allen’s Blue Jasmine, in which Hawkins did all she could with a small, underwritten part.

You’ll find no In Bruges this year, as even the outside-of-the-box picks have that faint aroma of prestige. While the overlooked Pride is a welcome nominee, St. Vincent and Into the Woods feel a bit like what I like to call “Pebbles Overflow.” I grew up in Cincinnati, near an amusement park that was often too crowded to accommodate all the guests who wanted to plunge to near-death in a rollercoaster car at 70 mph. If you didn’t get there early enough to get a spot, you were stuck out in parking no man’s land, a sad lot known as “Pebbles Overflow.” Nominating a by-the-numbers crowdpleaser like St. Vincent is just making room for excess—about as sad of a lot as you can get.

Considering that St. Vincent and Into the Woods appear to be likely snubs come Oscar time, snatching up these movies might feel like a bargain—but it’s an act of sloppy seconds. While every single movie that the Globes nominated is a perfectly nice film that nice people probably liked, there’s little identity left to the categories these days. Where’s a Comedy nomination for Chris Rock’s beloved Top Five, the sadly overlooked Dear White People, the little seen but much praised Listen Up Philip, or Tony Gilroy’s brilliantly divisive Nightcrawler (because, hey, if American Hustle is a comedy, anything goes). What about Obvious Child? Or The Skeleton Twins?

Playing it safe might help the Hollywood Foreign Press earn some points in the respectability politics game—and help everyone forget that whole Pia Zadora thing—but it’s not why we watch them. If nothing else, the Golden Globes take chances, some embarrassing, others refreshing. They’re the awards show of the weird, whimsical, and wonderful, the group that crowned the daring, ahead-of-its-time Some Like It Hot, now considered one of the greatest movies ever made. It’s a testament to what the Golden Globes can be at their best—after all, even your Drunk Uncle makes some good points sometimes.

The Globes might have sobered up, but that doesn’t mean they had to stop being fun.

Photo via The Weinstein Company/YouTube