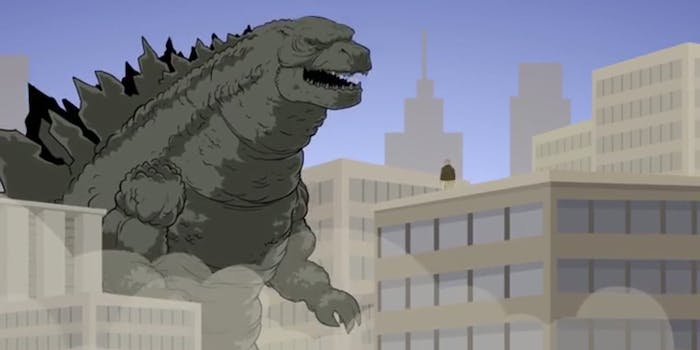 Walter White takes on Godzilla in this hilarious cartoon

It's Heisenberg versus a legendary monster.

Walter White isn’t dead. He just got recruited by the government to stop Godzilla.

With Bryan Cranston starring in the latest Godzilla remake, fans still on Breaking Bad withdrawal were bound to start making comparisons even if the two roles have nothing in common. They look and sound alike, so that’s enough for the start of a mashup.

For as much damage as it’s done in the show (and possibly even caused a zombie apocalypse), Walter White’s Blue Sky is apparently the one thing that’ll stop the giant lizard from terrorizing cities.