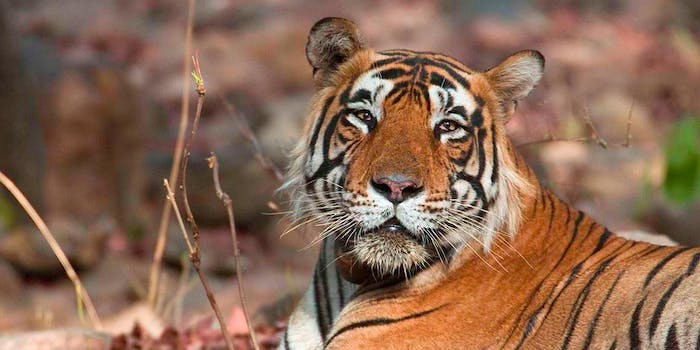 Talk about playing with your food.

It’s a classic tale of friendship: Tiger is supposed to eat goat, goat chases the tiger around, and the two become inseparable pals.

In another case of different species becoming unlikely besties, Amur the Siberian tiger and Timur the goat have formed quite a bond at Russia’s Primorsky Safari Park. Timur was supposed to be one of Amur’s twice-weekly meals of live animals, but the stubborn goat wouldn’t let himself get eaten without a fight. He chased Amur out of the tiger’s sleeping spot and has since been spending nights in the feline’s pad, while the clawed beast has been exiled to the shelter’s roof.

NBC News have some video of the goat chasing the tiger around, courtesy of Anton Fedoseyev.

And while it may seem that Timur is a little bit of a bully, there apparently isn’t any bad blood between the two animals. Timur might have taken Amur’s sleeping spot, but he also follows the tiger around everywhere.

They say not to play with your food, but we’re OK with it in this situation.