Not everyone is ready for public transportation.

Quick case study in how animals ride the train:

First up, this goat taking a trip in Melbourne, Australia, is doing everything right. Totally chill and stylishly dressed. Sure, it’s not strictly legal for him to ride the rails, but who could argue with class like this? 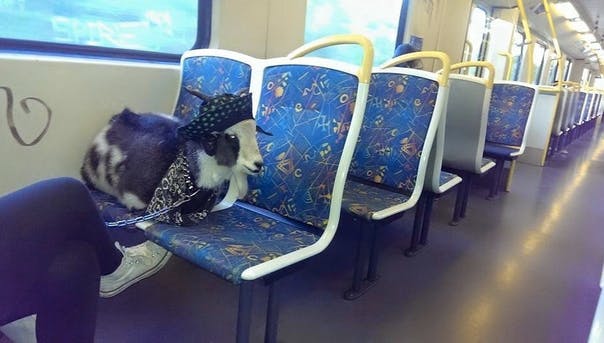 Equally relaxed—in fact, a bit too relaxed—is this Dutch pony, who casually befouled a train en route to Amersfoort, Netherlands.

I get that it’s too big for a pet carrier, but taking a shit in full view of other passengers is just plain rude. Anyway, at this rate, we’ll probably see some llamas on the New York subway by the end of the day.