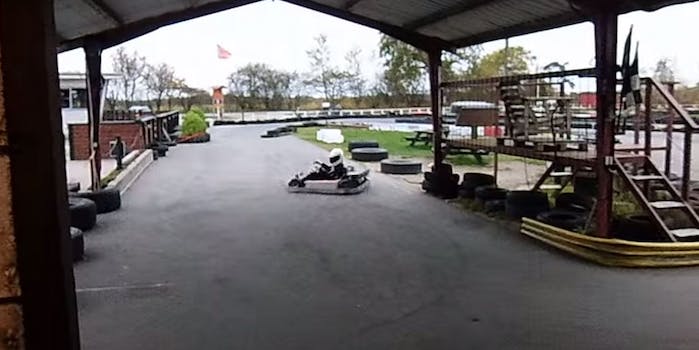 The hardest part of completing a few laps around the go-kart track is stowing away your vehicle once the race is over. Usually, this involves a lot of stopping, starting, and bumping like you’re trying to maneuver around a busy Walmart parking lot.

A YouTube video that’s making laps on Reddit, however, shows a pint-sized racer in a giant helmet (safety first, dignity second) effortlessly—yet amazingly—parking his go-kart. The smooth move puts all of his fellow go-kart riders—and most characters in the Mario Kart series—to shame. And he did so without the Luigi Death Stare.

His nonchalant, post-parking strut is just the icing on the cake. Obviously, he’s preparing to take over for Top Gear driver-extraordinaire the Stig, once he’s old enough to get his license.

But for now, it doesn’t matter if he’s the first racer to the finish line. This kid just wins.